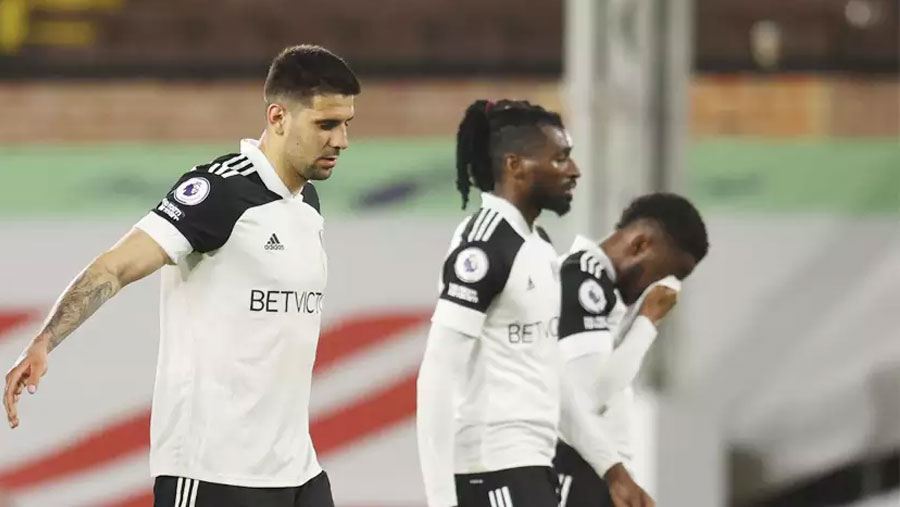 With three games remaining, Fulham F.C. were relegated from English Premier League after a 2-0 defeat by Burnley F.C. on Monday (May 10). With 27 points, the eighteenth-place London club became the third team to be relegated to the Championship, the English second-tier football league, after West Bromwich Albion and Sheffield United.

Fulham were relegated from the Premier League after a defeat by Burnley that saw the Clarets secure their top-flight status for another season.

For the first time in the Premier League era all the relegation places have been confirmed with three games to go, with the Cottagers joining Sheffield United and West Bromwich Albion as the clubs to drop into the Championship.

The damage was done before the break as Burnley struck twice in the final 10 minutes of the first half at Craven Cottage.

First the Clarets hit their hosts on the counter-attack as Matej Vydra showed neat footwork before picking out Ashley Westwood to roll the ball into an empty net.

Chris Wood then lashed in a second from the edge of the area to score his 50th goal for Burnley and consign Fulham to the drop.

It leaves Scott Parker’s side 10 points from safety with three games remaining and heading back to the Championship at the first time of asking.

Burnley, who will play Premier League football for the sixth successive season, climb to 14th in the table.