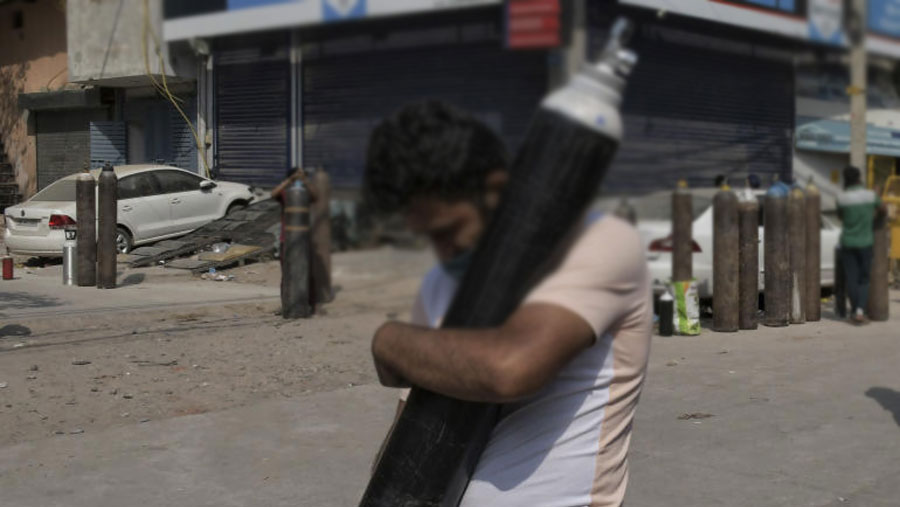 India’s official count of coronavirus cases surpassed 20 million Tuesday (May 4), nearly doubling in the past three months, while deaths officially have passed 220,000.

The number of new Covid-19 infections in India has officially passed 20 million cases, even as the government says that infection rates are coming down.

India says infections have consistently dropped since Apr 30, when it recorded more than 400,000 cases. It reported 355,832 cases on Tuesday.

Experts say the number of deaths and infections are being underreported.

In the capital Delhi, an oxygen crunch has shown no signs of abating and people are struggling for treatment.

The city reported that 448 people died on Monday (May 3) – another record toll.