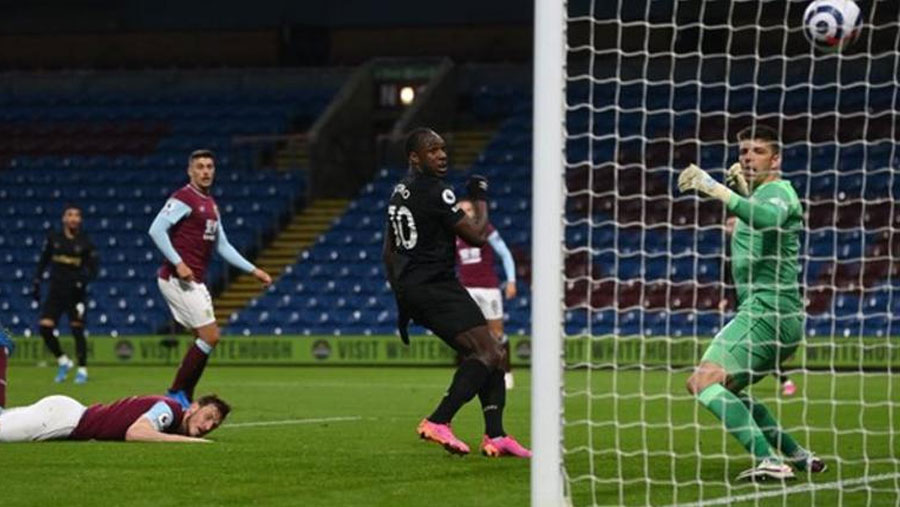 West Ham United returned to winning ways at Burnley on Monday (May 3) night, as Michail Antonio’s first half brace secured a 2-1 victory.

Michail Antonio’s first-half double was enough for West Ham United to see off Burnley 2-1 in an entertaining encounter, sending the Hammers into fifth.

Although West Ham saw good early openings, it was Burnley who went ahead in the 19th minute as Tomas Soucek fouled Chris Wood in the box. The striker fired home the penalty, continuing his trend of goals against West Ham (seven goals in eight Premier League games).

But two-and-a-half-minutes later, Europe-chasing West Ham were level when Antonio (21) headed home. The lively forward then added his second soon after (29) as he turned home a superb Said Benrahma cross.

Having registered 22 shots throughout the whole game, West Ham could have added more to their tally in the second half, although Burnley’s Jay Rodriguez had the best chance to score but could only fire wide.

The victory sees West Ham go above Tottenham Hotspur into fifth, keeping them on track for European football next season with four games to play.

Burnley are now winless in their last eight Premier League home games – matching their longest run without a top-flight victory at Turf Moor (eight between December 1970 and March 1971) – and remain in 16th.