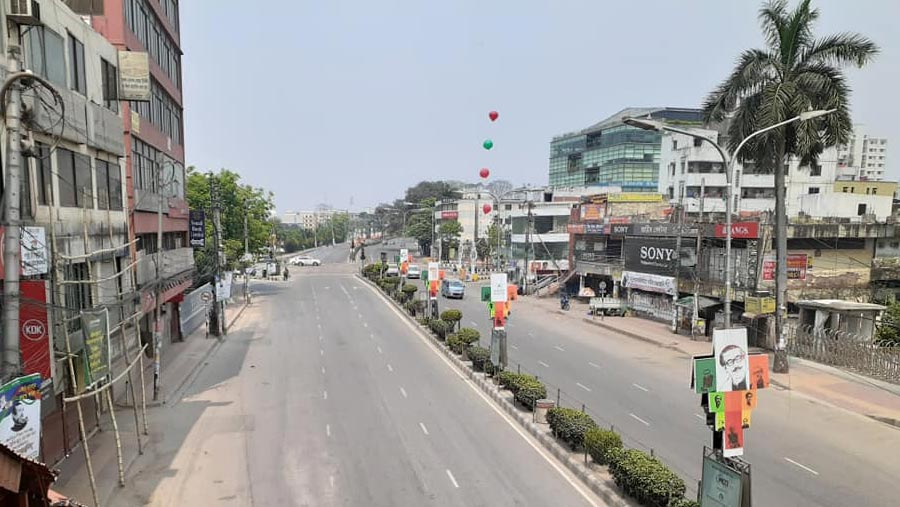 The ongoing lockdown will continue till May 16 while movement of public transport inside district will be allowed to ply on the roads from May 6. But, movement of inter-district bus as well as launch and train services will remain suspended. The decision was taken today at the weekly cabinet meeting held with Prime Minister Sheikh Hasina in the chair. The PM virtually joined the meeting, held at the Bangladesh Secretariat, from her official residence Ganabhaban, local media reported.

The ongoing restriction on movement and public transport has been extended till May 16, considering the current Covid-19 pandemic situation. No inter-district transport services will be allowed during the period, Cabinet Secretary Khandaker Anwarul Islam said while briefing reporters after the weekly Cabinet meeting.

However, the government will allow public transport to operate within cities after May 5, the secretary said. Launch and train services will also remain suspended till May 16, he added.

The Cabinet secretary said the government will close down markets if the authorities fail to comply with the health guidelines.

City corporations and police will monitor the situation and take action accordingly, he said.