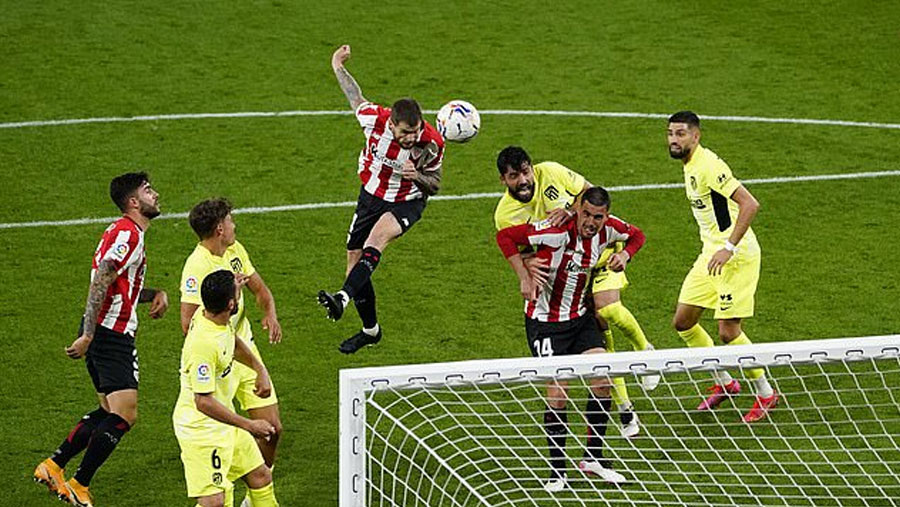 Needing a win to stay in control of the Spanish league, Atletico Madrid stumbled again on Sunday (Apr 25) with a 2-1 loss to Athletic Bilbao, giving F.C. Barcelona a chance to take over the lead.

Not even the return of Luis Suarez and Joao Felix was enough for Diego Simeone’s team, which could drop to second on Thursday when Barcelona plays eighth-place Granada at home.

Barca put pressure on Atletico by coming from behind to win 2-1 at Villarreal earlier Sunday, getting within two points of the lead with a game in hand. Antoine Griezmann scored both goals for the Catalan club.

Defending champion Real Madrid was held 0-0 against Real Betis on Saturday but also remains in contention. It is in second place, level on points with Barcelona and two behind Atletico. Also still in the title race is Sevilla, which defeated Granada 2-1 to stay only three points off the lead.

Atletico had won two straight to remain at the top, but it couldn’t recover after conceding early at Athletic’s San Mames Stadium. Alex Berenguer opened the scoring for the hosts in the eighth minute.

Atletico equalized with a header by Stefan Savic off a corner kick in the 77th, but Inigo Martínez’s header in the 86th sealed the victory for 10th-place Athletic, which hadn’t won in seven consecutive matches in all competitions. One of its setbacks was losing against Barcelona in the Copa del Rey final.

Suarez and Felix returned after nursing injuries for the last few weeks. They came off the bench early in the second half but couldn’t spark Atletico to victory. Midfielder Thomas Lemar also returned from injury.