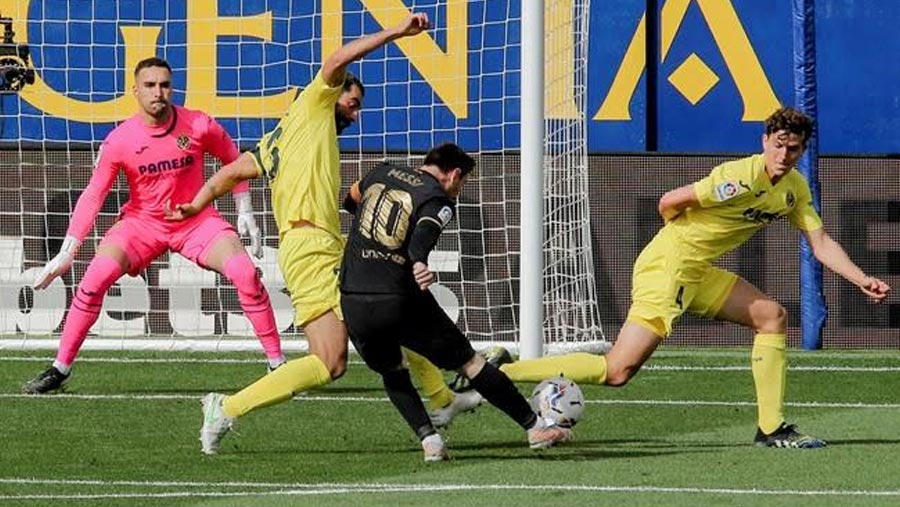 Antoine Griezmann scored twice as F.C. Barcelona came from behind to beat Villarreal 2-1 in their La Liga clash at the Estadio de la Ceramica on Sunday (Apr 25).

After Real Madrid dropped points against Real Betis, Barca knew they could move level with their Clasico rivals in second place with a game in hand should they pick up all three points. A win would also put pressure on leaders Atletico Madrid who face Athletic Bilbao later on Sunday.

But Barca were behind after 26 minutes after they committed too many men forward and were caught out when Pau Torres' superb pass was latched onto by Samuel Chukwueze. The Nigeria international rounded goalkeeper Marc-Andre ter Stegen before finishing off from a tight angle.

Unai Emery's side were ahead for just two minutes as Griezmann found the back of the net after being picked out by Oscar Mingueza.

The ex-Atletico forward got his second to complete the turnaround on 35 minutes as he latched on to an awful backpass by on-loan Tottenham Hotspur defender Juan Foyth and hit a first-time effort past goalkeeper Sergio Asenjo.

Villarreal's task was made much harder on 65 minutes as Manu Trigueros was red carded for an over-the-ball foul on Lionel Messi.

Despite being down to 10 men, Villarreal continued to press and Barca were hanging on at the end.