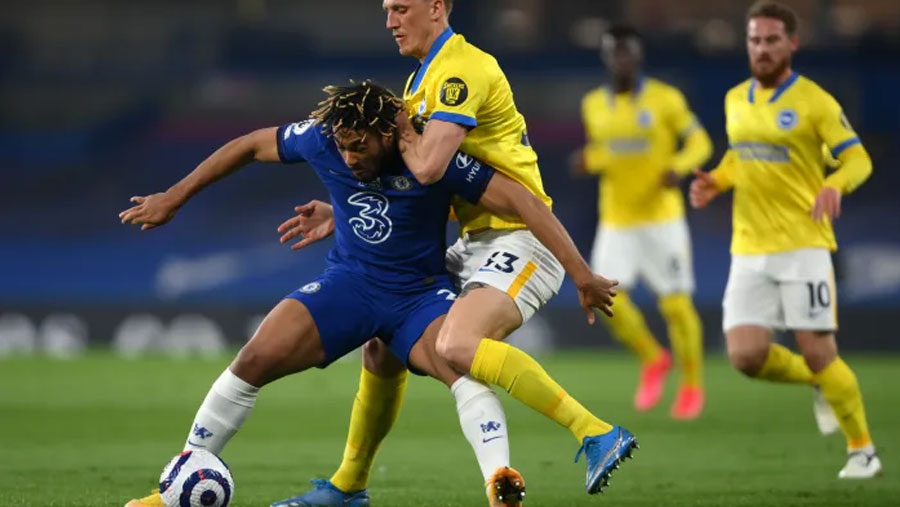 Chelsea were held to a disappointing 0-0 draw against Brighton & Hove Albion at Stamford Bridge in the Premier League on Tuesday (Apr 20) night, although the result did put Thomas Tuchel’s side back in the top four.

Chelsea shared a goalless draw with Brighton & Hove Albion to climb into the Champions Leagues places on a night where the future of European football came to a dramatic head.

The fixture was almost a side note, with the news breaking before kick-off that Chelsea were preparing to pull out of the European Super League at the same time as their fans were protesting the club’s inclusion outside Stamford Bridge.

The Blues’ notice of withdrawal was followed by that of Manchester City, with the other four English clubs later joining them as the controversial new competition unravelled just 48 hours after the 12 clubs involved unveiled their proposals.

With the current Champions League admitting sides on merit, Chelsea will need to finish among the top four in the English top flight, or win the competition, to qualify for a spot among Europe's elite next season.

The Blues created little but a point was enough to see Thomas Tuchel’s side take up the last of those automatic places, going above London rivals West Ham United, who they face on Saturday.

It was in fact Brighton who enjoyed the best chances late on as first substitute Adam Lallana fired wide before Danny Welbeck struck the post from distance.

Defender Ben White was then sent off for the visitors in stoppage time for a second booking as Chelsea looked to break away.

The draw moves Graham Potter’s side seven points above the Premier League relegation zone with six games to play.