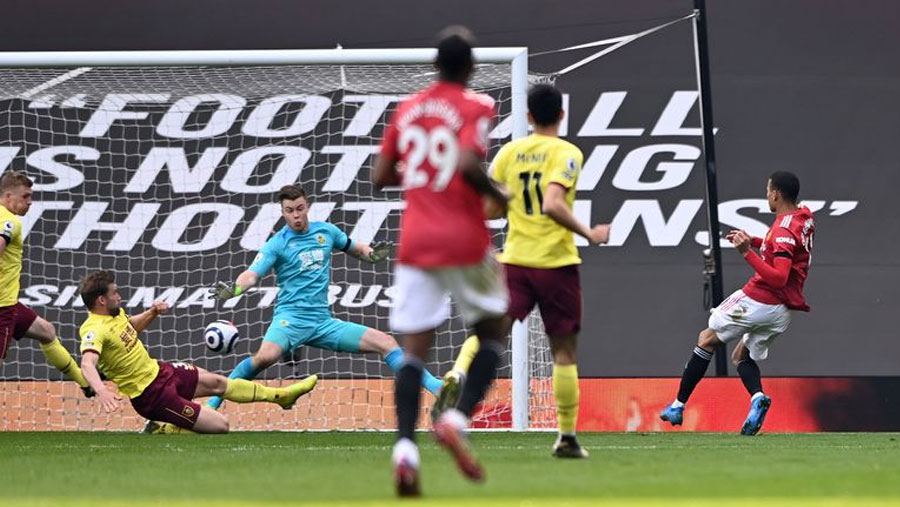 Mason Greenwood continued his fine run of form with a second-half brace which helped Manchester United to a 3-1 home win over Burnley in the Premier League on Sunday (Apr 18) and kept them on course for a top-four finish.

The result left Man United second in the standings on 66 points from 32 games, eight behind leaders Manchester City and 10 ahead of third-placed Leicester City, who have a game in hand.

Burnley stayed 17th on 33 points from 32 games, six above 18th-placed Fulham who have played a game more and were held to a 1-1 draw at Arsenal after conceding a late equaliser in the lunchtime kickoff.

Greenwood was delighted and said that United were still in with an outside chance of clinching their first league title since 2013.