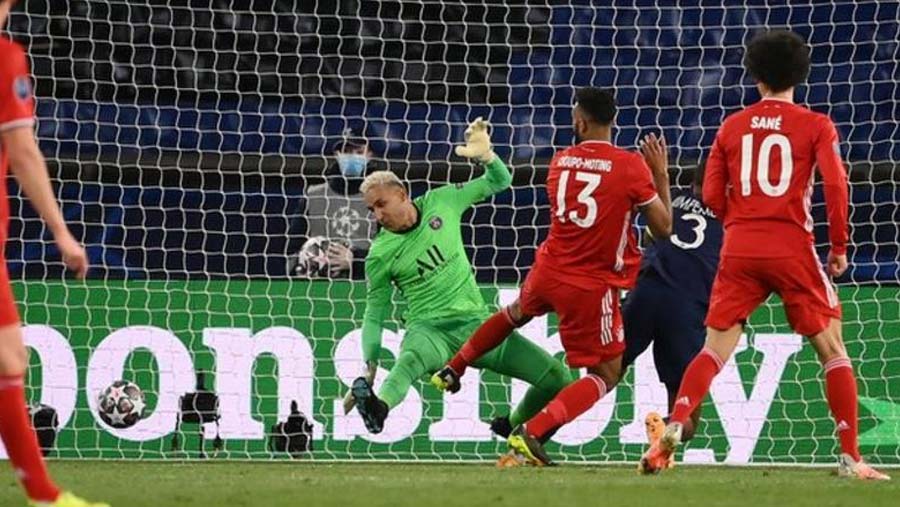 Paris Saint-Germain knocked holders Bayern Munich out of the Champions League on Tuesday (Apr 13) despite Eric Maxim Choupo-Moting scoring against his old club as a 1-0 defeat in the second leg at the Parc des Princes could not prevent the French giants from winning a tremendous quarter-final tie on away goals.

Paris Saint-Germain were beaten on the night but held on to claim an away-goals victory over holders Bayern Munich that takes them through to the last four of the Champions League.

In a fascinating second leg between the sides that contested last year's final, PSG were threatening on the break, testing visiting goalkeeper Manuel Neuer a number of times and twice hitting the woodwork through Neymar.

It was Bayern, though, who broke the deadlock, giving themselves hope of a comeback win as Eric Maxim Choupo-Moting rose highest to follow-up David Alaba’s saved shot with a close-range header.

Missing the injured Robert Lewandowski, the German side lacked their usual ruthlessness up front and were unable to find the second goal that would have continued their trophy defence.

Kylian Mbappe thought he had sealed the tie with just over 10 minutes to go, but after breaking clear and firing in the assistant’s flag ruled his effort out.

PSG will face either Borussia Dortmund or Manchester City in the semi-finals, with the latter holding a 2-1 advantage going into Wednesday’s second leg in Germany.