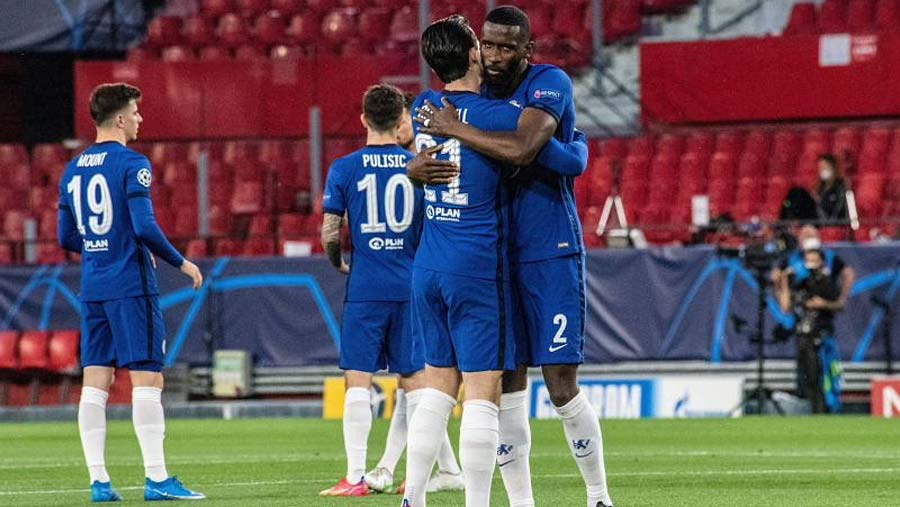 Thomas Tuchel urged his young Chelsea team to embrace their Champions League adventure after they reached the semi-finals for the first time since 2014 despite a 1-0 defeat against Porto in Tuesday’s (Apr 13) quarter-final second leg. Tuchel’s side will play Real Madrid or Liverpool for a place in the final after producing a masterclass in game management to win 2-1 on aggregate in Seville. Real travel to Anfield on Wednesday looking to protect a 3-1 lead from the first leg.

Chelsea survived a spectacular late overhead kick from Mehdi Taremi to overcome Porto and confirm a place in the Champions League semi-finals for the first time in seven years.

Thomas Tuchel’s side went into this ‘home’ last-eight second leg – with both games being played in Seville during the current Covid-19 pandemic – protecting a two-goal lead they only briefly threatened to surrender in the dying seconds following Taremi’s brilliant finish.

Chelsea, who will now face either Liverpool or Real Madrid in the semi-final, played within themselves but it was enough to keep a disappointing Porto at bay, the Portuguese side rarely testing keeper Edouard Mendy with their surprisingly cautious approach, which they only cast aside when it was too late.

Mendy’s poor clearance almost offered Jesus Corona a first-half chance but he could not take advantage, while Christian Pulisic and Mason Mount had opportunities after the break.

Taremi’s goal was out of character with the rest of Porto’s performance and came too late to alter the inevitable course of this quarter-final.