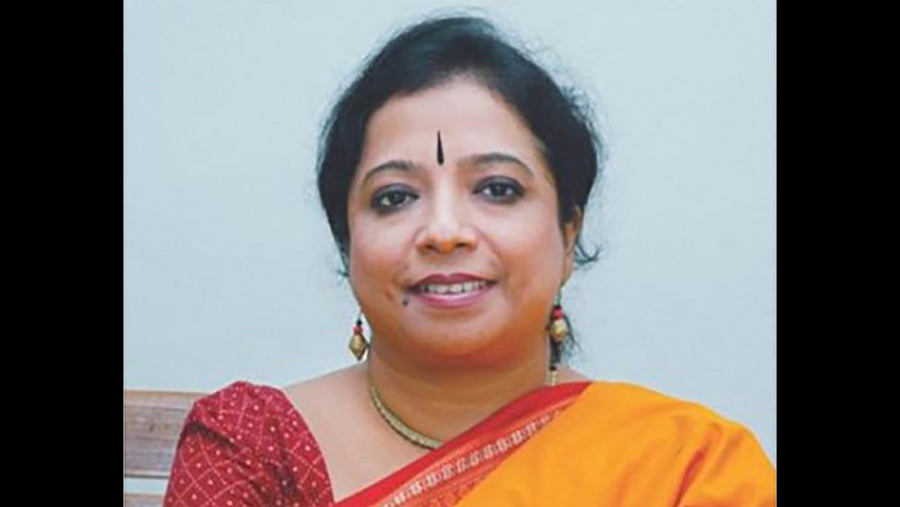 Eminent Rabindra Sangeet singer and Ekhushey Padak recipient Mita Haq died this morning while undergoing treatment at a city hospital. She was 59. Mita Haq breathed her last at 6.20 a.m. at a specialized hospital in the capital, local media reported citing her family sources.

She was admitted to the hospital and receiving treatment after being detected Covid-19 positive.

Four days ago, she was released from the hospital when she was diagnosed corona negative. But all of a sudden, she again became sick and then was admitted to the hospital. She was also suffering from kidney diseases.

Mita Haq, born in September in 1962 in Dhaka, was wife of deceased actor Khaled Khan.

Her body will be taken to Chayanot for paying last respect. She will be buried at Baromonoharia of Keraniganj beside the graves of her parents.

Mita Haq was top graded singer of Bangladesh Beter. Her first Rabindra sangeet album titled ‘Amar Mon Mane Na’ was published in 1990. She has so far sung nearly 200 Rabindra songs. A total of her 24 solo albums – 14 from India and another 10 from Bangladesh – have so far been released.

Mita, who was conferred with Shilpakala Padak in 2016, received Bangla Academy Rabindra Award marking the156 birth anniversary of Rabindranath Thakur.

She also received the Ekhushey Padak, most prestigious award of the government, in 2020 for playing important role in the Rabindra sangeet.

Prime Minister Sheikh Hasina and President Md. Abdul Hamid expressed deep shock and sorrow at the death of Mita Huq. In separate condolence messages they prayed for the eternal peace of the departed soul and conveyed deep sympathy to the bereaved family.