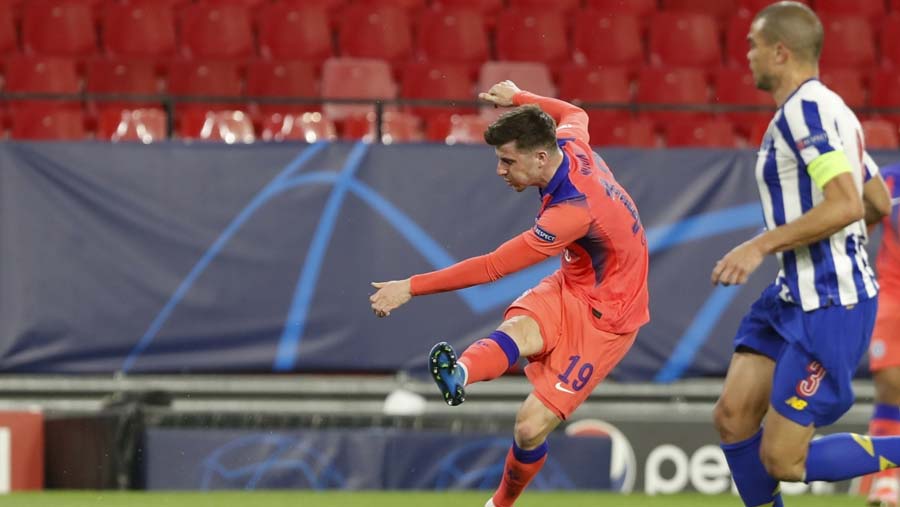 Superb individual goals from English pair Mason Mount and Ben Chilwell gave Chelsea a 2-0 win away to Porto in their Champions League quarter-final first leg on Wednesday (Apr 7) in Seville as the Londoners made the most of their few chances.

Chelsea bounced back from a testing few days to earn a commanding first-leg quarter-final away win over Porto in the Champions League.

Mason Mount’s clever turn and finish in the first half helped bring some welcome relief to Blues manager Thomas Tuchel after his side’s heavy defeat to West Bromwich Albion on Saturday, which was followed by a training ground incident between team-mates Kepa Arrizabalaga and Antonio Rudiger.

Ben Chilwell added a late second after a mistake by Corona, moments after substitute Christian Pulisic had hit the bar.

With both legs of this tie in Spain at Sevilla’s Ramon Sanchez Pizjuan Stadium because of coronavirus travel restrictions between Portugal and the UK, this was Porto’s ‘home’ game, meaning Chelsea’s two away goals put them in pole position before next Tuesday’s second leg.