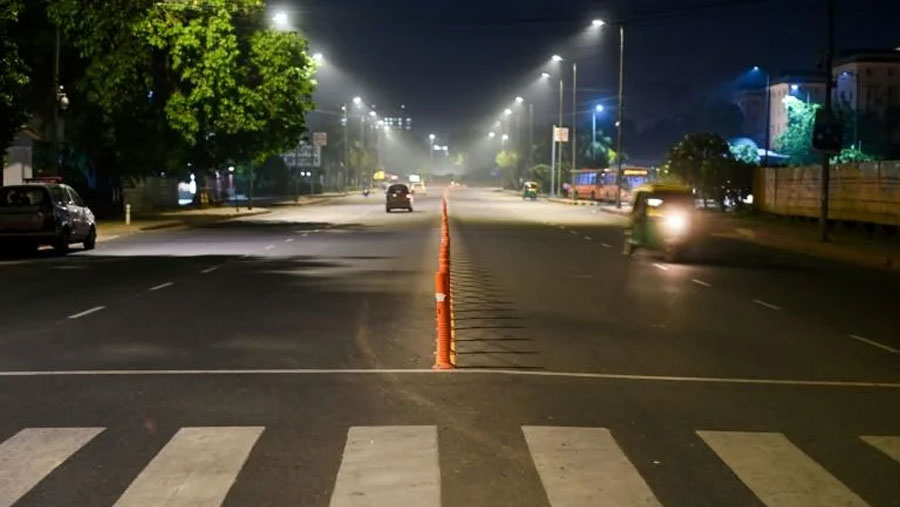 Alarm has grown since India passed more than 100,000 new cases in a single day for the first time on Monday.

New Delhi, which is home to 25 million people, and other major cities have all ordered a clampdown on public movement.

The ban will be in place from 10 p.m. to 5 a.m. with only essential services or people travelling to and from vaccination centres allowed on the streets.

Delhi reported 3,548 new positive cases on Monday, still below its peak of nearly 9,000 in November, when it was one of the worst-hit cities across the nation of 1.3 billion people.

The government has so far shied away from reimposing a repeat of nationwide restrictions imposed in March last year – one of the world’s toughest lockdowns – as it seeks to revive the devastated economy.

But India’s wealthiest state Maharashtra, which includes Mumbai, on Sunday announced a weekend lockdown and night curfew on its 110 million population.

The state currently accounts for more than half of the new cases reported each day nationwide.

India, which has the world’s third-highest number of infections after the United States and Brazil, has reported almost 12.7 million cases and more than 165,000 deaths.

Single-day infections have been rising since early February when they fell to below 9,000.

The country has recorded more than 549,000 cases in the last seven days – an increase of 40 percent compared to the previous week, according to a database.

Brazil recorded just under 440,000 cases and the United States reported just over 453,000, but both with a decreasing trend from the previous week.

India’s health ministry said Tuesday that more than 83 million vaccination shots have been administered as part of an ambitious drive to inoculate 300 million by the end of July.