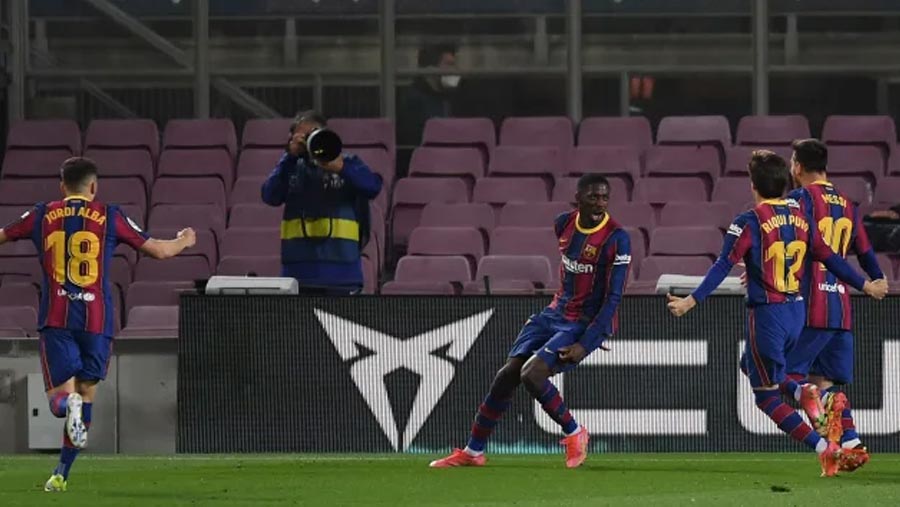 Ousmane Dembele scored a dramatic late winner to give F. C. Barcelona victory over Real Valladolid and a huge boost in their La Liga title challenge.

Barcelona move up to second, one point behind leaders Atletico Madrid, thanks to a sixth La Liga win in a row.

Barca looked as if they were going to be frustrated but the turning point was Oscar Plano's straight red card for a dangerous foul on Dembele.

Both sides hit the woodwork in the first half - Kenan Kodro's header for Valladolid and Pedri's low drive for Barcelona being tipped on to the post.

Barcelona's title hopes are in their hands now after Atletico lost to Sevilla at the weekend. Barca visit Real Madrid in El Clasico this Saturday and host Atletico next month.