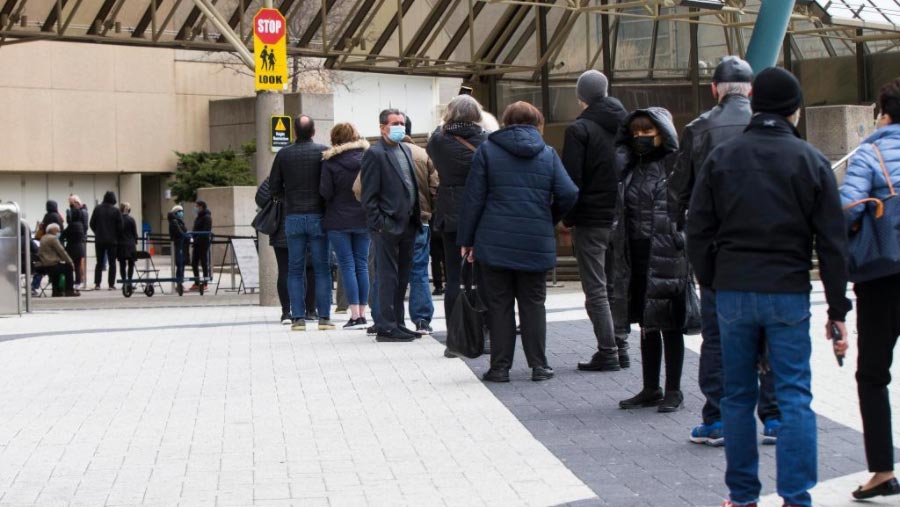 Canada’s Covid-19 cases have amounted to 1,001,645, reported CTV. Canada became the 23rd country in the world to surpass 1 million confirmed cases, according to a worldwide tally of global infections by Johns Hopkins University.

Canada hit the grim milestone 14 months after the country confirmed its first Covid-19 case on Jan 25, 2020.

After months of shutdowns, travel restrictions and declining cases, Canadian Prime Minister Justin Trudeau declared in September last year that Canada was hit by the second wave of Covid-19.

At present, Canada is fighting the third wave of the pandemic as confirmed cases have been rising when variants of the illness cause mounting concerns, especially in the populous provinces including Ontario, Quebec, and British Columbia and Alberta.

According to the Canadian federal modelling released in late March, the Covid-19 pandemic could get worse even if public health measures are kept where they are, with daily cases potentially to surpass 12,000.

The federal modelling also strongly suggested that the epidemiological curve can be levelled only if restrictions are tightened.