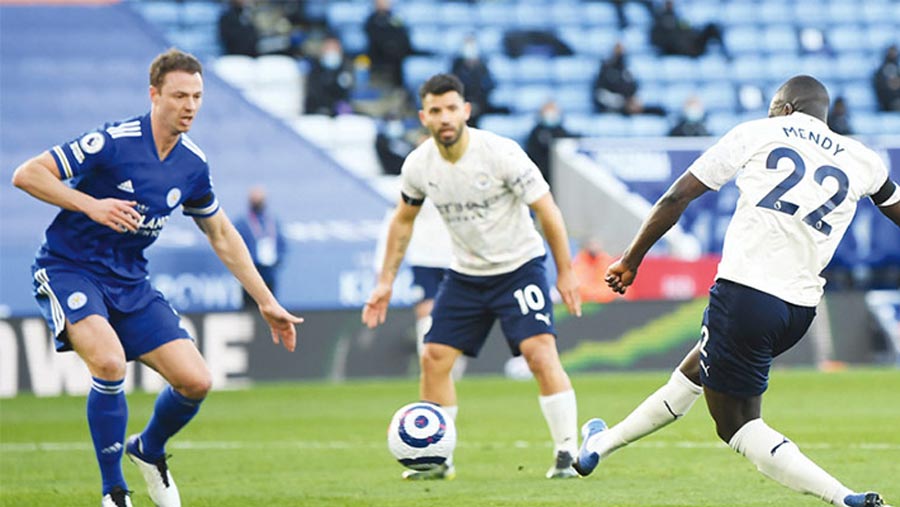 Manchester City moved closer to the Premier League title as the runaway leaders won 2-0 at Leicester City, while lowly West Bromwich Albion handed Thomas Tuchel the first defeat of his Chelsea reign with a stunning 5-2 victory on Saturday (Apr 3).

Liverpool took full advantage of Chelsea’s shock collapse to close within two points of the top four with a 3-0 win at Arsenal.

Man City are 17 points clear of second-placed Manchester United after a remarkable 15th successive away win in all competitions.

Man United can close the gap with a win against Brighton on Sunday in the first of two games in hand, but it is only a matter of time before Pep Guardiola’s men celebrate their third title in four seasons.

Goals from Benjamin Mendy and Gabriel Jesus killed off third-placed Leicester in the second half at the King Power.

City, chasing an unprecedented quadruple, will go into their Champions League quarter-final first leg against Borussia Dortmund on Tuesday in confident mood after avenging the 5-2 thrashing they suffered against Leicester in September.

“It is a big step to winning the Premier League,” Guardiola said.

City controlled possession and their dominance was rewarded in the 58th minute. Mendy cleverly eluded Marc Albrighton in the Leicester penalty area before curling a fine finish into the far corner with his weaker right foot.

Jesus then converted his fifth goal in his last seven games 16 minutes from time from Raheem Sterling’s unselfish pass.