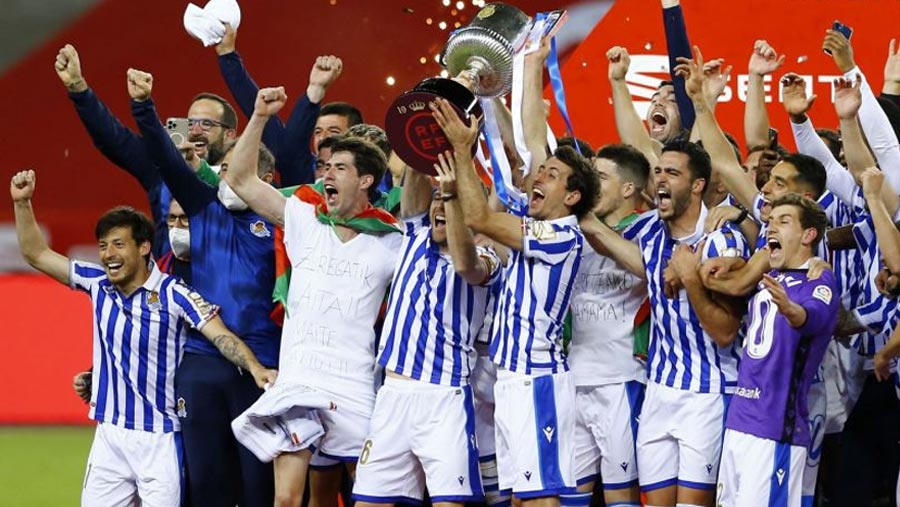 Real Sociedad beat local rivals Athletic Bilbao 1-0 in the rescheduled 2020 Copa del Rey final on Saturday (Apr 3) to get their hands on a major trophy for the first time since 1987. Athletic have now lost their last five Copa finals but have another shot at the trophy when they play Barcelona in this season’s showpiece back at La Cartuja on Apr 17.

Real Sociedad ended a 34-year wait for the Copa del Rey by beating Athletic Bilbao in a tight final in Seville. After a five-minute VAR review of the decision to award a penalty, Mikel Oyarzabal sent the keeper the wrong way to win the 2019-20 trophy for Sociedad.

Inigo Martinez was initially sent off for fouling Portu in the box but the decision was downgraded to a yellow.

Bilbao face F. C. Barcelona in this season’s final on Apr 17, looking to end their own 37-year wait in the competition.

In a game of few chances, Martinez came closest for Bilbao with a 25-yard effort that was tipped over the bar in the first half.