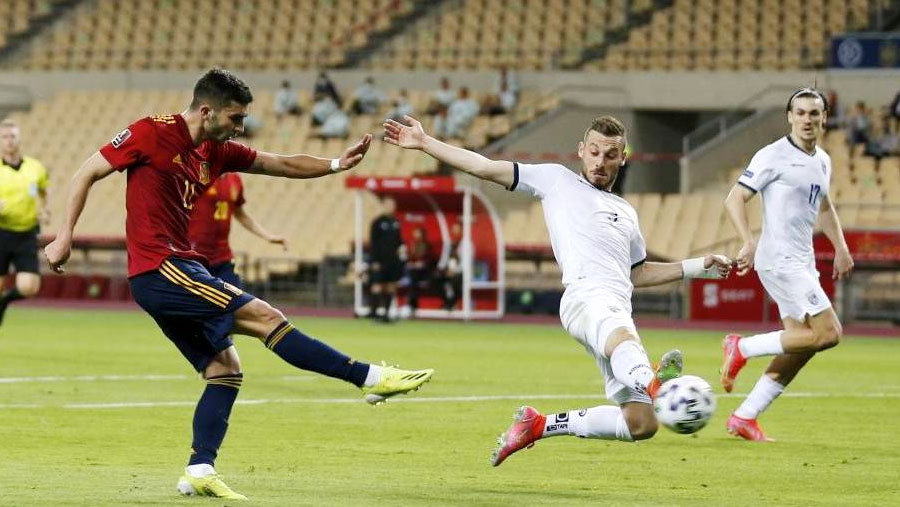 Spain defeated Kosovo 3-1 on Wednesday (Mar 31) in a World Cup qualifier. Goals from Dani Olmo, Ferran Torres and second-half substitute Gerard Moreno put Spain on top of Group B in the race to qualify for the 2022 finals in Qatar.

Dani Olmo opened the scoring in the 34th minute with a fine finish from the edge of the area. Torres added a second two minutes later, drilling into the bottom-left corner. Besar Halimi pulled one back for Kosovo but Gerard Moreno headed in a late third.

Victory for Spain means they are top of Group B with seven points from three games.