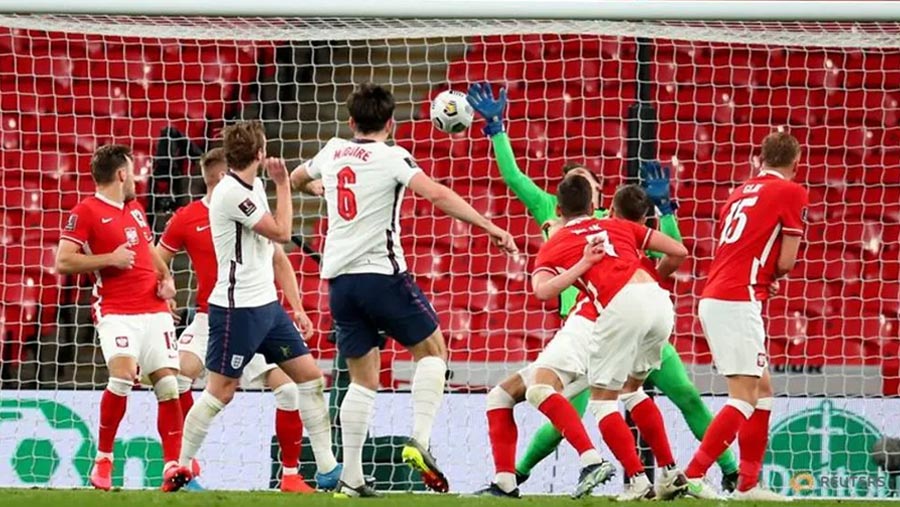 Harry Maguire blasted home late on for England to spare the blushes of his defensive partner John Stones in a 2-1 World Cup Qualifier win over Poland at Wembley on Wednesday (Mar 31).

Harry Maguire's late winner made it a maximum nine points from three World Cup 2022 qualifiers for England as they overcame Poland at Wembley.

Poland presented a much sterner test than the formalities against San Marino and Albania and it looked like England would have to settle for a point until Maguire struck five minutes from time.

And yet England almost paid the price for a largely average performance after the break as Poland, who were without injured world-class striker Robert Lewandowski, equalised when a dreadful error by John Stones saw him concede possession on the edge of the area and Jakub Moder beat Nick Pope emphatically.

It was the first goal Pope had conceded in seven England appearances and looked like being costly until Stones made amends by showing superb athleticism to head Phil Foden's corner into the path of Maguire, who lashed a powerful drive high past Wojciech Szczesny to keep manager Gareth Southgate's perfect record in these World Cup qualifiers intact.