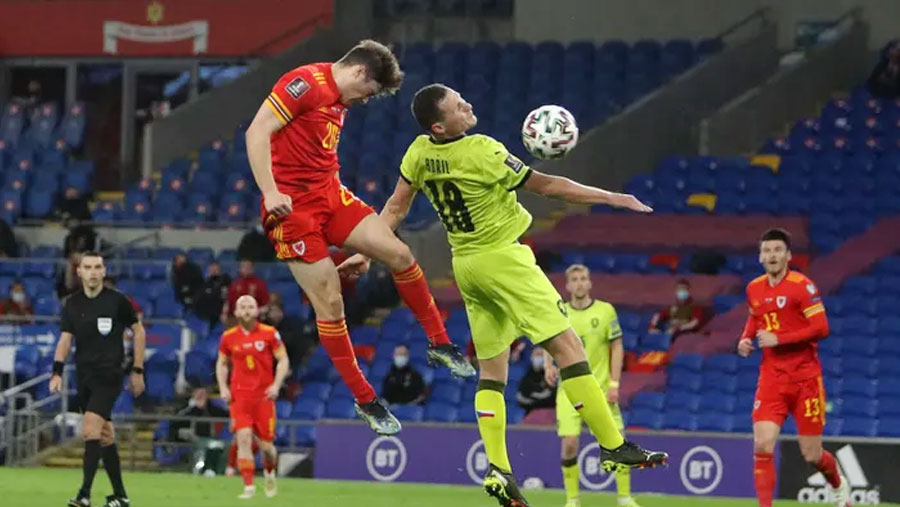 Daniel James' late header gave Wales a precious win over the Czech Republic in a fiery World Cup qualifier in which both teams had a man sent off.

Both sides finished with 10 men after second half dismissals for Czech striker Patrik Schick and Wales defender Connor Roberts.

After losing 3-1 in Belgium in their opening Group E qualifier last week, Wales are back on track as they chase a place at the 2022 World Cup in Qatar.

It was a much-needed tonic for Welsh football after a difficult spell when off-field issues threatened to damage their qualification bid.

Once again, Wales were led by caretaker manager Robert Page while boss Ryan Giggs remains away from the team due to his arrest on suspicion of assaulting a woman last year.

Giggs denies the allegations and has been bailed by Greater Manchester police.

As if that wasn’t enough of a distraction, Wales trio Hal Robson-Kanu, Rabbi Matondo and Tyler Roberts were axed from the squad on Monday for staying up too late and breaking a curfew at the team hotel.

Despite all those issues, Wales dug deep in a display that mirrored the battling performances that carried them to Euro 2020 qualification.