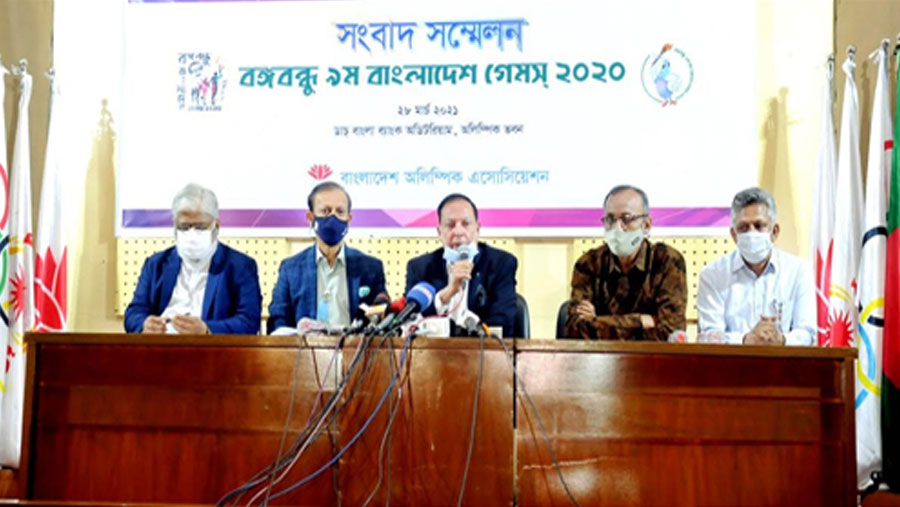 The 9th version of the country’s biggest multi-sports event, Bangabandhu 9th Bangladesh Games, named after Father of the Nation Bangabandhu Sheikh Mujibur Rahman, will be held from Apr 1-10. Prime Minister Sheikh Hasina is expected to inaugurate the mega domestic sports festival as the chief guest from virtual platform.

The Bangladesh Olympic Association (BOA) is organizing the games marking the birth centenary of Father of the Nation Bangabandhu Sheikh Mujibur Rahman and golden jubilee of independence.

Some 5,300 sportsmen from all over the country will compete in 31 disciplines of sports for 1271 medals including 378 gold at twenty nine venues of seven district across the country.

The inauguration ceremony of the games will feature various aspect of country’s sports.

Meanwhile, Bangladesh Olympic Association president and Army chief General Aziz Ahmed will lit the torch on Tuesday (Mar 30) morning at the Bangabandhu Mausoleum Complex in Tungipara. The torch will be received at the BNS by golfer Siddikur Rahman and swimmer Mahfuza Khatun Shila. Country’s ace archer Roman Sana will take oath on behalf of the athletes at the inaugural ceremony.

“We have completed all kinds of preparations... the Bangabandhu Bangladesh Games will be held across the country and hope the games will get a success,” said BOA secretary general Syed Shahed Reza at a press conference held Sunday (Mar 28) at the BOA auditorium.

The BOA secretary general said they have conducted Covid-19 test over all the athletes and only those who will be negative, will be allowed to participate in the Games.

Besides, all other precautions have been taken so that the games can be held properly, he added.

Earlier, the Games was originally scheduled to be held in April last year, but now will begin on Apr 1 after the games was postponed for an indefinite period due to the Covid-19 pandemic.