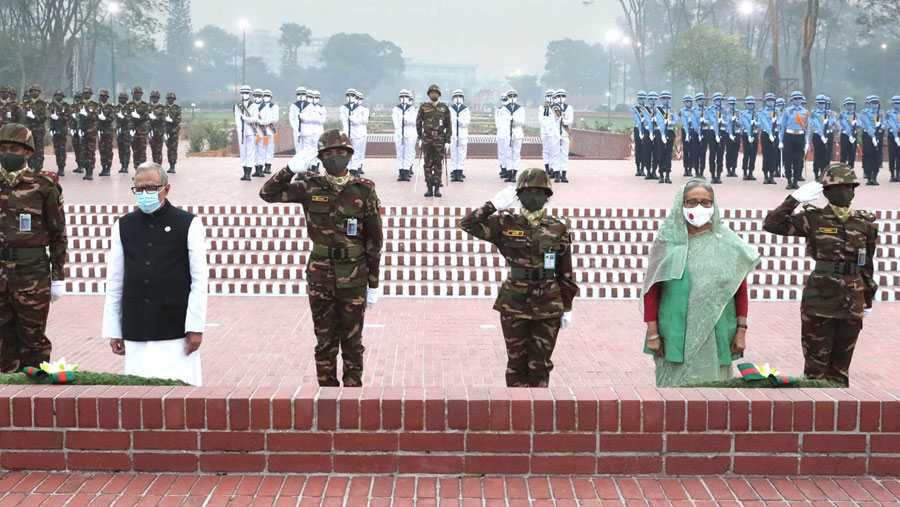 President Md. Abdul Hamid and Prime Minister Sheikh Hasina paid rich tributes to the martyrs of the War of Liberation by placing wreaths at the National Memorial this morning marking the 51st Independence and National Day, local media reported.

President Hamid first placed a wreath at the altar of the memorial followed by the Prime Minister.

After placing the wreaths, the President and the Prime Minister stood in solemn silence for some time as a mark of profound respect to the memories of the martyrs of the Great War of Liberation in 1971.

A smartly turned-out contingent drawn from Bangladesh Army, Navy and Air Force presented a state salute on the occasion while the bugles played the last post.

Later, the President and the Prime Minister signed the visitors’ book there on the occasion.

Due to pandemic Covid-19 outbreak, the state ceremony is being celebrated in a limited scale maintaining the health guidelines and social distancing.