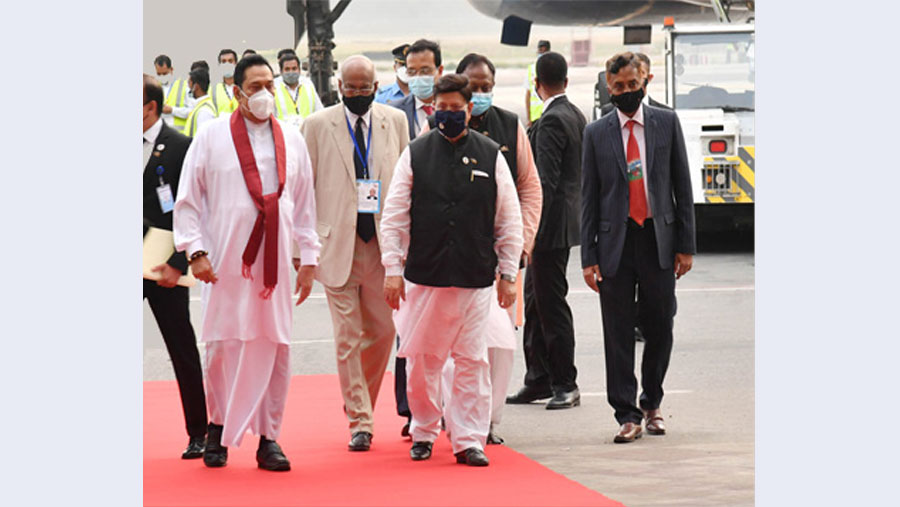 Sri Lankan Prime Minister Mahinda Rajapaksa left Dhaka on Saturday (Mar 20) evening after wrapping up his two-day official visit to attend the celebrations of the Bangladesh’s golden jubilee of independence and the birth centenary of Father of the Nation Bangabandhu Sheikh Mujibur Rahman.

A special flight of the Sri Lankan Airlines on boarding the Sri Lankan premier along with his entourage members, took off from Hazrat Shahjalal International Airport at 6 p.m. Foreign Minister Dr AK Abdul Momen saw the Sri Lankan Prime Minister off at the airport.

During his visit, he also had bilateral talks with Prime Minister Sheikh Hasina and meeting with President Md. Abdul Hamid, local media reported.

Rajapakse is the second South Asian leaders after Maldivian president to attend the celebrations of the golden jubilee of country’s independence and the birth centenary of Bangabandhu.

To join the 10-day celebration, Nepalese President Bidya Devi Bhandari will arrive in Dhaka on a two-day tour on Mar 22 and Bhutanese premier Lotay Tshering is scheduled to be here on Mar 24 and 25.