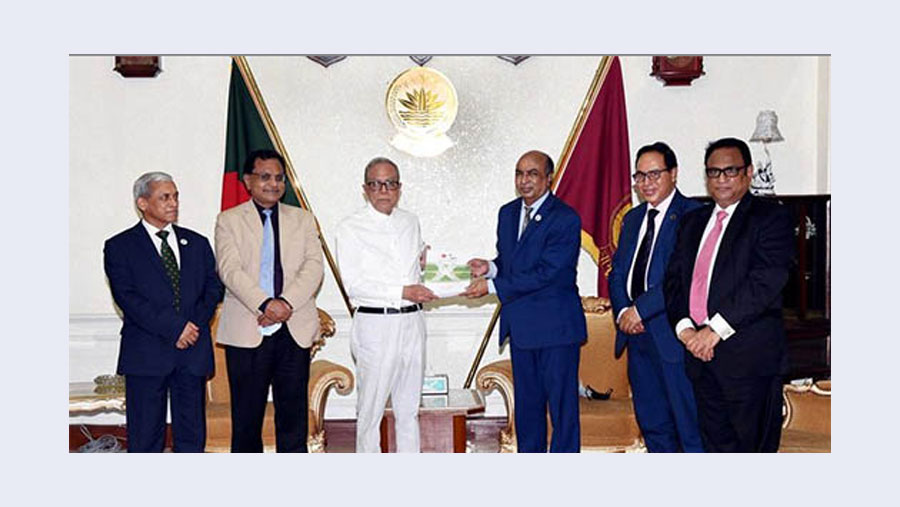 President Md. Abdul Hamid on Sunday (Feb 28) asked members of the Public Service Commission (PSC) to take necessary steps to recruit class-III and IV employees through the competitive examinations under the PSC.

“Recruit class III and IV employees through PSC... And it would save time and reduce the suffering to the job seekers as well,” the President told PSC members while a five-member delegation led its chairman Md Sohrab Hossain handed over its Annual Report 2020 to him at Bangabhaban in the afternoon, local media reported.

President Hamid directed the PSC to ensure more transparency and accountability in every aspect of the recruitment process so that mass people can get confidence in the PSC as a statutory body.

Expressing satisfaction over the work of the PSC, the President hoped that the PSC would make every effort to ensure that deserving youth of the country were appointed to various government posts, President’s Press Secretary Md Joynal Abedin told media.

The head of the state was apprised the overall activities of the commission by the delegation as well as various aspects of the report submitted to him.

Secretaries concerned to the President were present.