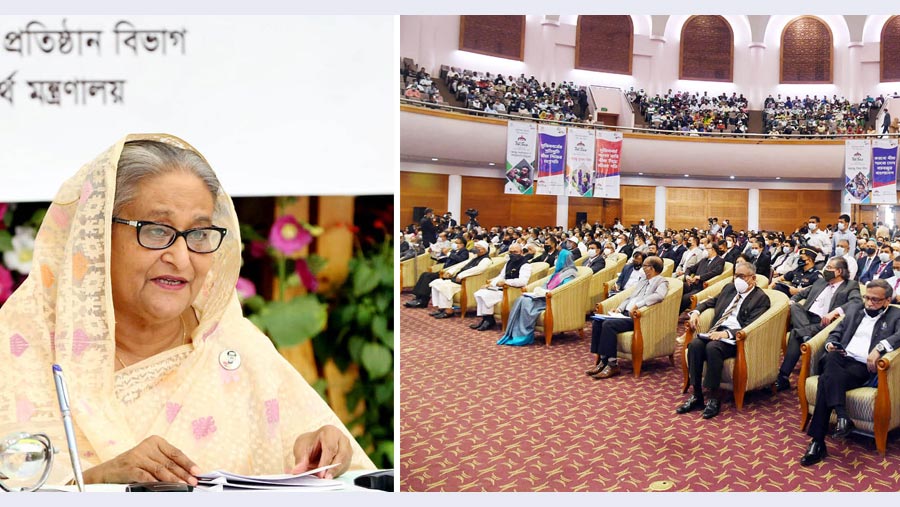 “Insurance is a service-oriented profession. Both the government and non-government insurance companies have to work with regulatory authority in combine to make it popular and bring the services at people’s doorstep, alongside giving the customer’s interest highest priority,” she said.

Sheikh Hasina asked the insurance companies to make the people aware of insurance that they will get facilities in their bad times through opening insurance policies.

“You [companies] have to conduct more mass campaigns so they (people) become inspired about insurance,” she added.

National Insurance Day-2021 was observed Monday in the country in a befitting manner with the theme of “Mujib Barsher Ongikar, Bima Hok Shobar”.

The great architect of independence, Father of the Nation Bangabandhu Sheikh Mujibur Rahman joined Alpha Insurance Company on Mar 1, 1960 taking insurance as a profession. To commemorate this day, the government observes National Insurance Day on Mar 1 every year.

On this day, four eminent personalities were given special honors for their significant contribution to the insurance sector. On behalf of PM Sheikh Hasina, Finance Minister AHM Mustafa Kamal handed over the crest of honors to the recipients, and distributed Bangabandhu Education Insurance to four students.

A total of 50,000 students are being given this Bangabandhu Education Insurance.

At the function, a documentary on the insurance sector was screened.

The PM said insurance would be more important with the expansion of the country’s economy and that’s why the insurance companies should pay more concentration on awareness building among the people. Sheikh Hasina also stressed the necessity of timely payment clearance from the insurance companies, saying that “it has to be ensured that people get insurance money as per their insurance or actual damage.”

In the country some people, she said, have the tendency to collect more money from insurance companies through artificial accidents. Although this type of tendency has reduced or stopped at this moment, but the companies should pay heed to it and send skilled and efficient people for inquiry, she added.

The PM referred to the time befitting initiatives of government on insurance through the implementation of National Insurance Policy-2014.

She said they have introduced expatriate worker insurance for migrant workers and crop insurance in limited scale for hoar people so they can overcome the damages caused by flood and other natural disasters.

“Health insurance needs to be launched on a massive scale in the country. Our people are not well aware but I hope they will become aware after the Covid-19 pandemic,” she continued.

Mentioning the Bangabandhu Education Insurance as a great initiative, she said it would ensure the uninterrupted academic life of students in the time of any physical disability or unexpected death of their parents.

Briefly highlighting different measures taken by her government for the development of the insurance sector, the PM said state-of-the-art technology based unified messaging platform has been introduced to protect the interest of insurance customers.

Besides, a Tk 632 crore project, financed by both government and World Bank, is being implemented for the automation and capacity strengthening of Bangladesh Insurance Academy, Sadharan Bima Corporation, Jibon Bima Corporation and IDRA, she added.

Sheikh Hasina went on saying the government is also sending five students to the United Kingdom for higher education in Actuarial science under a scholarship programme to enhance professional excellence.

The premier said Jibon Bima Corporation and Sadharan Bima Corporation have been still providing insurance services to the people while Bangladesh Insurance Academy was also established by the Father of the Nation.

She renewed her call to the country people to follow the health protection protocols properly and wear facemask even after taking Covid-19 vaccine.