Lukaku keeps Inter on track as Milan bounce back 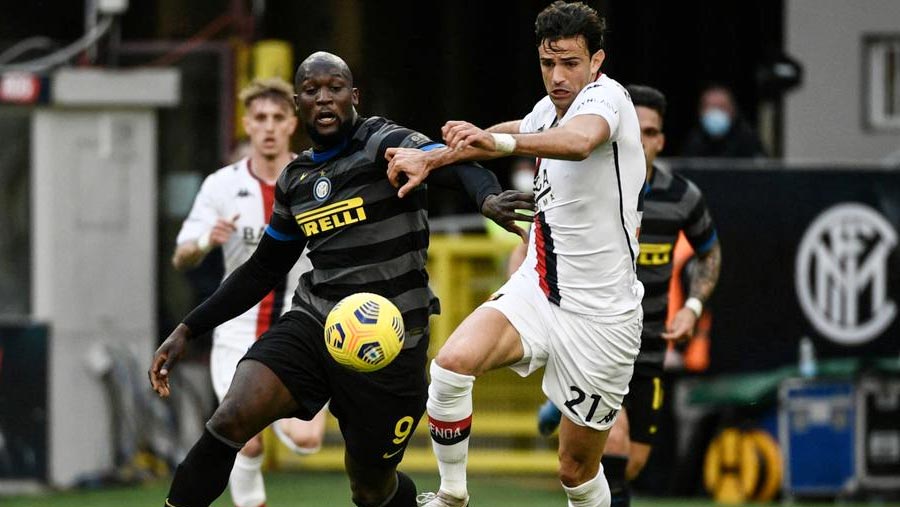 Romelu Lukaku scored after 33 seconds and set up another in Inter Milan’s 3-0 win over Genoa on Sunday (Feb 28) to keep their title push on track ahead of city rivals AC Milan, who beat Roma 2-1.

Inter remain four points ahead of second-placed Milan, who got back to winning ways in Rome after consecutive league losses including last weekend’s derby defeat.

Champions Juventus are a further six points adrift after being held 1-1 at Hellas Verona on Saturday, but have played a game fewer. Atalanta, equal on points with Juve, take fourth spot two points ahead of Roma who drop to fifth following the loss to Milan.

Lukaku scored with the first chance at the San Siro, then laid on Matteo Darmian for Inter’s second in the 69th minute. Alexis Sanchez came off the bench to add a third with 13 minutes to go.

Antonio Conte’s side followed on from last weekend’s 3-0 derby win over Milan, notching up a fifth win in a row as they push for a first league title since 2010.

“We know that there are 14 games left. Let’s keep our antennas up until the end if we want to do something good,” said Conte.

Lukaku led the way, completing a give-and-go with Lautaro Martinez after good work from Nicolo Barella to fire in from an angle for his 18th Serie A goal of the season, one shy of leading scorer Cristiano Ronaldo.

The 27-year-old has scored six goals in the last five games.

“I’m in a good moment of my career but the important thing is that Inter win,” added the former Manchester United star.

Milan won an intense battle with rivals Roma at the Stadio Olimpico in the Italian capital, as Stefano Pioli’s side push for a first league title since 2011.

Jordan Veretout pulled Roma level five minutes after the break with an arrowed shot, but the away side were soon back in front.

“I told the lads that two games (losses) cannot take away the confidence build up over a year,” said Pioli.

“It’s an important win at a decisive moment in the season which takes us out of two very strange weeks.”

Ibrahimovic watched the end of game with an ice pack on his left thigh before a week in which he will juggle football and show business as one of the star presenters of the San Remo music festival.

Atalanta kept their Champions League push alive with a 2-0 win over Sampdoria with goals in either half from Ruslan Malinovskyi and Robin Gosens.

Napoli’s record goalscorer Dries Mertens returned from injury to help the southerners boost their own top four hopes with a 2-0 win over local rivals Benevento that puts them a point behind Roma in sixth.

Mertens started for the first time in over two months and the 33-year-old got his boot to a Faouzi Ghoulam cross after half an hour for his 131st Napoli goal.

Matteo Politano turned in the second in the 66th minute and Gennaro Gattuso’s side held on for the points despite Kalidou Koulibaly’s sending off 10 minutes from time.

In the relegation battle, Cagliari snapped their 16-match winless run in coach Leonardo Semplici’s first match in charge with a 2-0 success over rock-bottom Crotone.