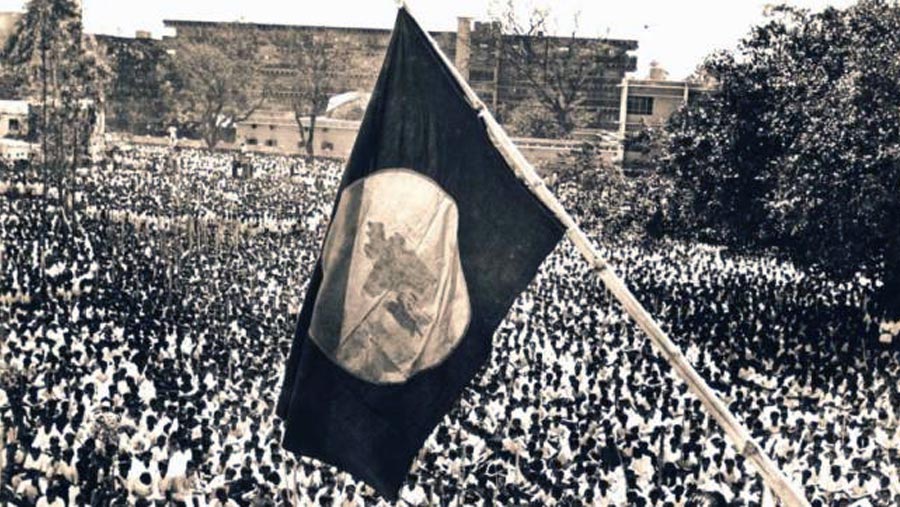 The month of independence began today giving a heartbreaking reminder to the genocide that the Pakistani occupation forces carried out in the country from March to mid-December in 1971.

The month of March is very significant in the country’s history as Father of the Nation Bangabandhu Sheikh Mujibur Rahman declared the country’s independence in the early hours of Mar 26 in 1971.

The nation will observe the golden jubilee of independence this year by paying glowing tributes to the liberation war martyrs whose supreme sacrifices made Bangladesh a sovereign state through the nine-month Liberation War that began on Mar 26, 1971.

The month also made the nation proud for the historic 7th March speech of Bangabandhu, which has been recognised by the United Nations Educational, Scientific and Cultural Organisation (UNESCO) as part of the world’s documentary heritage.

Architect of independent Bangladesh Bangabandhu Sheikh Mujibur Rahman was born on Mar 17, 1920 at Tungipara in Gopalganj.

This year the nation is going to celebrate the golden jubilee of independence when the country got the final recommendation for Bangladesh’s transition to a developing country – from least-developed country status on Feb 27 last.

Five decades ago, the nation engaged in the war of independence in this month of March under the leadership of Bangabandhu Sheikh Mujibur Rahman and earned a sovereign Bangladesh on Dec 16, 1971 after fighting against the Pakistani occupation forces for around nine months.

March is depicted in the country’s history as a month of grief as well as inspiration and dedication for the freedom of the country and the people.

The struggle for independence started escalating from the beginning of March in 1971 when the then Pakistani dictator postponed the scheduled Mar 3 session of the National Assembly as part of their conspiracy against the peaceful and legitimate movement of Bangalee.

Amid deteriorating political situation and increasing demand for freedom of the country from Pakistan’s misrule, the first version of Bangladesh’s national flag was hoisted on Dhaka University campus premises for the first time on Mar 2 by the Dhaka University Students’ Union (DUCSU).

The movement against the conspiracy of Pakistani rulers took a dramatic turn on Mar 7, which eventually became a red-letter day in the history of the long arduous freedom struggle of Bangalee.

On Mar 7 in 1971, Bangabandhu – the architect of independent Bangladesh – delivered his epoch-making speech of independence at the Race Course Maidan, now Suhrawardy Udyan in Dhaka.

“We had spilled bloods... we are ready to shed more bloods, the people of the country shall be freed, Insha Allah,” Bangabandhu in unequivocal term said in his 19-minute extempore speech before a million freedom-loving people.

Bangabandhu also made a fervent call to the roaring people from all walks of life to take preparations for armed struggle against the tyranny, exploitation, subjugation and deprivation by Pakistani military junta with whatever they possessed and transforming every house into a fortress.

Bangabandhu’s tantalizing speech literally had a mesmerizing and sparkling effect on the entire population of this soil and they became united under his capable and farsighted leadership to bravely fight for liberating the motherland from the clutches of the Pakistani forces.

When the people from all walks of life became united for establishing their democratic rights, Pakistani occupation forces carried out the defamed ‘Operation Searchlight’ on sleeping Bangalee on the night of Mar 25.

As soon as the Pakistani occupation forces started genocide Bangabandhu declared independence of the motherland instructing the people to put up strong resistance and fight against them till the liberation is achieved.

At the instruction of Bangabandhu, the brave nation had fought successfully the nine-month war and liberated Bangladesh on Dec 16 in 1971.