Xavi wins the Cup with Al Sadd, his fifth title as a coach 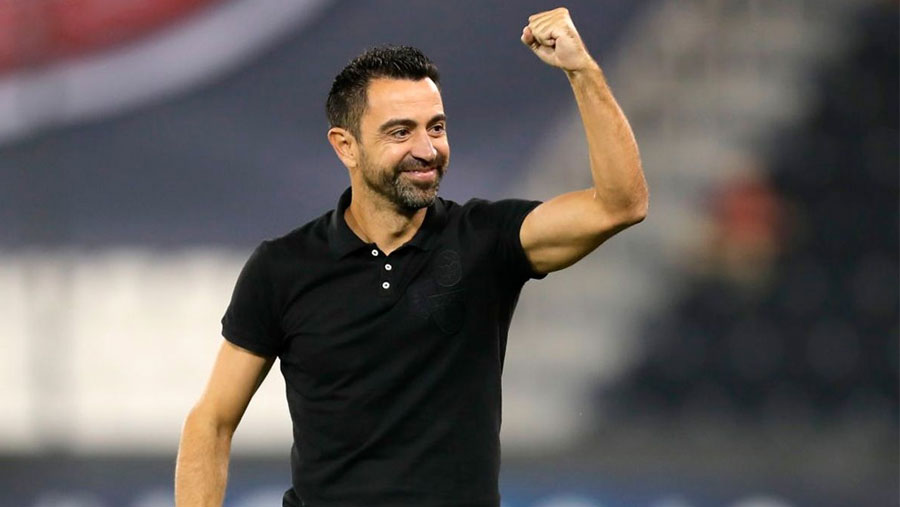 Xavi picked up another trophy with Al Sadd on Friday as his team beat Al Duhail 2-0 in the final of the Qatar Cup to retain the trophy. Algerian international Baghdad Bounedjah scored both goals as Xavi’s side secured the win.

Xavi Hernandez has lifted his fifth piece of silverware as Al Sadd head coach after his side beat Al-Duhail 2-0 in the Qatar Cup final.

Al Sadd retained the trophy after winning it against the same opponents, although their result was more comprehensive last time (4-0).

Both goals on Friday (Feb 26) were scored by Baghdad Bounedjah, with the second of his strikes having been assisted by Santi Cazorla.

Xavi is not far from winning his sixth trophy as Al Sadd coach, as they are just one win away from clinching the 2020/21 QNB Stars League title. They could secure this on Mar 7 if they win their match.

After winning the league title with Al Sadd and finishing their participation in the 2021 Amir Cup, it remains to be seen if Xavi will head to Barcelona or not. He could return if Victor Font or Joan Laporta win the presidential election.