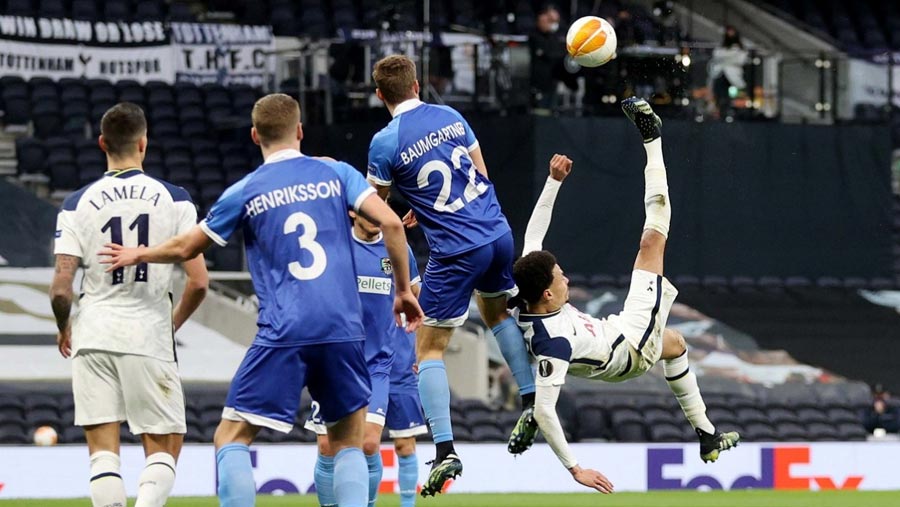 Coach Jose Mourinho saluted Dele Alli after the Tottenham Hotspur midfielder ensured his side can still save their troubled season with a virtuoso display in Wednesday's (Feb 24) 4-0 rout of Austrian minnows Wolfsberger in the Europa League last 32 second leg.

Alli scored a brilliant opener early in the first half and provided the assist when Carlos Vinicius doubled their lead after the break.

Gareth Bale netted from another Alli assist before Vinicius bagged his second as Tottenham ran out 8-1 aggregate winners after cruising to a 4-1 victory in the first leg last week.

While progress to the last 16 looked a formality after the comfortable first leg success, nothing has come easy for Tottenham this term.

So Mourinho will have breathed a sigh of relief that his team kept alive their best remaining hope of qualifying for the Champions League.

Close to leaving in the January transfer window, Alli played the key role in a rare start after being frozen out by Mourinho for much of the season.

A dismal run of six defeats in their last eight games in all competitions had seen Tottenham plunge to ninth place in the Premier League and crash out of the FA Cup.

They are languishing nine points behind fourth placed West Ham United in the race for a top four finish, while Mourinho is mired in the worst run of his career.