Lukaku, Lautaro put Inter in command of Serie A race 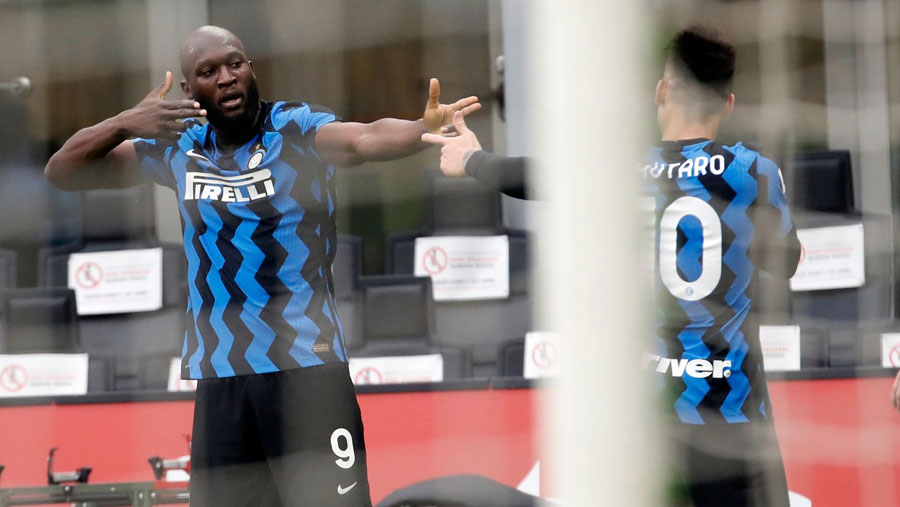 Lautaro Martinez scored twice as Inter Milan established a four-point lead at the top of Serie A with a 3-0 derby win over second-placed AC Milan.

Martinez opened the scoring with a fifth-minute header before Inter keeper Samir Handanovic made a brilliant save to deny Zlatan Ibrahimovic an equaliser.

The Argentinian doubled Inter's lead in the 57th minute and Romelu Lukaku drove home the third from a tight angle nine minutes later after a defence-splitting pass from Ivan Perisic.

AS Roma were held to a 0-0 draw at Benevento in Serie A on Sunday, despite the home side having to play much of the second half with 10 men.

The visitors could not get going in the first half, creating very few openings, but their task appeared to have become easier when Benevento defender Kamil Glik was sent off for two bookable offences.

Elsewhere, Udinese hit back from two goals down to grab a precious point in a 2-2 draw at relegation rivals Parma.

The hosts ended a run of eight home games without a goal when Andreas Cornelius headed them in front after three minutes.

Juraj Kucka doubled Parma's lead from the penalty spot but Stefano Okaka reduced the deficit against his old club, then Bram Nuytinck headed the equaliser 10 minutes from time.