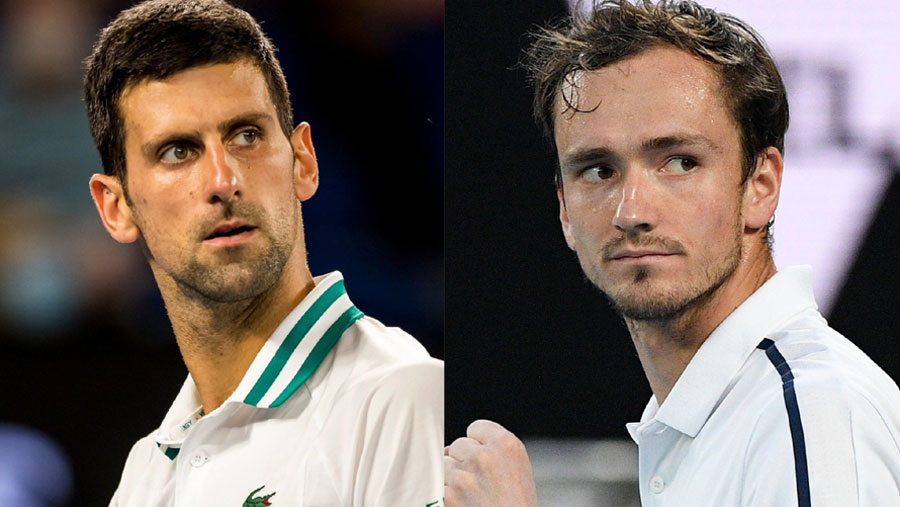 The world number one, who has won all eight of his previous Melbourne finals, is aiming for an 18th major title.

Djokovic trails Rafael Nadal and Roger Federer, who have 20 each, in the fight to finish with the most men's Slams.

"He has more experience but more things to lose than me," said Medvedev.

"I don't have a lot of pressure because Novak has never lost here in the final. He has all the pressure to get to Roger and Rafa.

"But I think he's the favourite because he hasn't lost here."

Fourth seed Medvedev, 25, will contest his second major final after losing to Spain's Nadal in an enthralling 2019 US Open final.

After falling short of making an epic comeback in New York, Medvedev has another opportunity to become Russia's first male major champion since 2005.

Medvedev is in the form of his life, having earned his 20th match win in a row by beating fifth seed Stefanos Tsitsipas in Friday's semi-final.