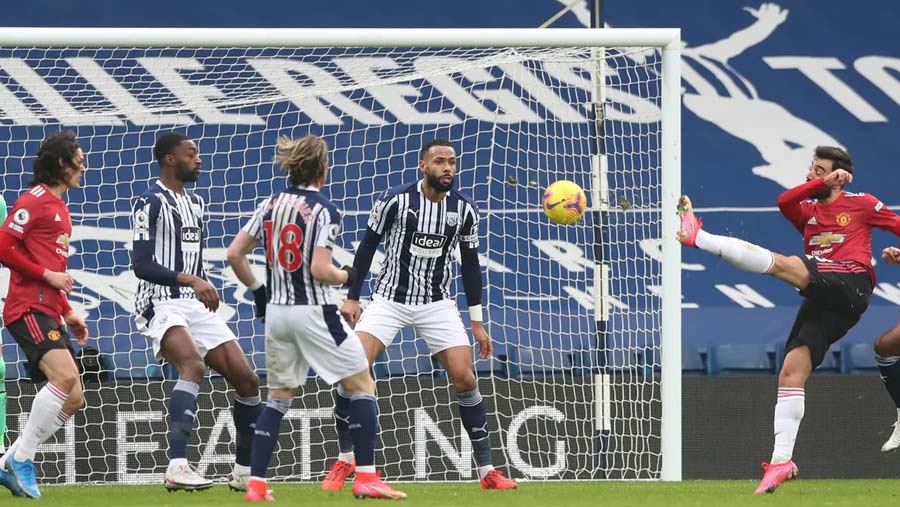 Bruno Fernandes scored a sensational volley for Manchester United to maintain their unbeaten away record, but they could not seal all three points against West Brom in a 1-1 draw.

Manchester United dropped points against West Bromwich Albion on Sunday (Feb 14) as they came from a goal behind to secure a 1-1 draw.

Sunday's game was the eighth time Man Utd have conceded an opening goal on the road in the Premier League this season.

The result means Ole Gunnar Solskjaer's side nudge themselves into second place on goal difference, ahead of Leicester City who beat Liverpool 3-1 on Saturday.

West Brom stunned the visitors in the opening two minutes when Diagne shoved off the challenge of Victor Lindelof and neatly headed the day's first goal.

Fernandes pulled the game back for United a minute before half-time when Luke Shaw crossed the ball into the box. Despite being surrounded by West Brom players Fernandes hooked the ball with his left foot and into the top corner of the net.

Referee Craig Dawson awarded United a penalty on the hour mark but rescinded it after a VAR review showed that Maguire went down too easily under Semi Ajayi's challenge.