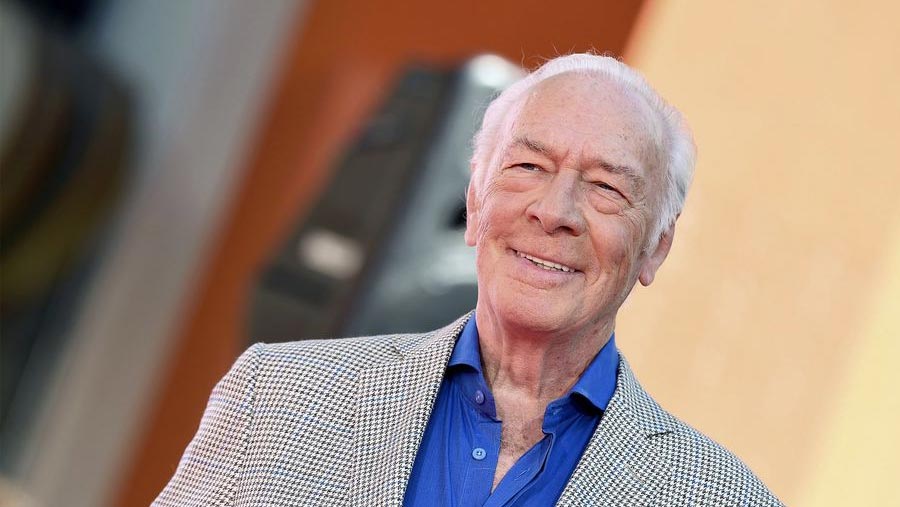 Veteran Canadian actor Christopher Plummer, whose decades-long career featured an indelible star turn in “The Sound of Music” and an Oscar win late in life, died on Friday (Feb 5). He was 91.

Christopher Plummer, the distinguished Canadian actor best known for his role as Captain Von Trapp in The Sound of Music, has died at the age of 91.

He won an Oscar in 2012 for the film Beginners and was also nominated for The Last Station in 2010 and All the Money in the World in 2018.

In the latter film he replaced Kevin Spacey, whose performance as billionaire J Paul Getty was removed.

His many other films included The Man Who Would Be King and Knives Out.

He was a memorably villainous Klingon in the sixth Star Trek film and played TV anchorman Mike Wallace in 1999's The Insider.

He also played Sherlock Holmes in Murder By Decree and appeared with Peter Sellers in The Return of the Pink Panther.

According to reports, Plummer died peacefully at his home in Connecticut with his wife Elaine Taylor at his side.

Lou Pitt, his long-time friend and manager of 46 years, remembered him as "an extraordinary man who deeply loved and respected his profession".

"He was a national treasure who deeply relished his Canadian roots," he continued. "Through his art and humanity, he touched all of our hearts and his legendary life will endure for all generations to come.

"He will forever be with us."

Sound of Music co-star Dame Julie Andrews said in a statement to the PA news agency: "The world has lost a consummate actor today and I have lost a cherished friend.

"I treasure the memories of our work together and all the humour and fun we shared through the years."

The Academy of Motion Pictures Arts and Sciences, which awards the Oscars, said he "beguiled audiences across generations".

Bafta added its condolences, praising his "amazing work since the 50s".

Actor Eddie Marsan worked with Plummer on the 2016 film The Exception and said: "It was like watching a master class. He had nothing to prove anymore so he was completely free, kind, funny mischievous and beautiful to watch. RIP."

Lord of the Rings star Elijah Wood, who worked alongside Plummer on animated film 9, expressed his condolences, adding: "What a legend."

Plummer had a varied career across film, television and theatre, starring in productions on Broadway and with the Royal Shakespeare Company.

Yet he will be forever known and loved for The Sound of Music, adapted from the Rodgers and Hammerstein musical.

Plummer had ambivalent feelings towards his best-known film, which he famously renamed The Sound of Mucus in interviews.

He also likened working with Andrews to "being hit over the head with a big Valentine's Day card, every day", though they later became great friends.

He also became reconciled to the film itself, describing it in his 2008 memoir In Spite of Myself as being "warm, touching, joyous and absolutely timeless".

Born Arthur Christopher Orme Plummer in Toronto in December 1929, Plummer grew up in Montreal as an only child and was exposed to the arts by his mother at an early age.

He first studied the piano before devoting himself to acting, having decided that playing the piano professionally "was very lonely and very hard work".

He made his debut on the New York stage role in 1954's The Starcross Story alongside the actress Mary Astor. It ran for just one performance - but did not stop him landing more stage work and then leading roles.

Plummer made his film debut in 1958's Stage Struck, directed by Sidney Lumet. He was nominated for a Tony the following year and eventually won the award in 1974 for playing Cyrano de Bergerac.

He won his second in 1997 for playing fellow actor John Barrymore in Barrymore.

In 2017 Plummer was asked by Ridley Scott to appear in All the Money in the World, which he had already completed with Spacey.

Following the allegations of sexual misconduct made against Spacey, the film's makers decided against releasing the film with his original performance.

Plummer shot his scenes in a matter of days and was subsequently nominated for an Oscar, a Bafta and a Golden Globe.

Scott and his wife Giannina paid tribute to Plummer, telling The Hollywood Reporter: "What a guy. What a talent. What a life. And I was fortunate enough to work with him less than two years ago and had a wonderful experience. My heartfelt condolences go to [his wife] Elaine. He will be really missed."

The actor was married three times. He and his first wife Tammy Grimes, are the parents of actress Amanda Plummer.