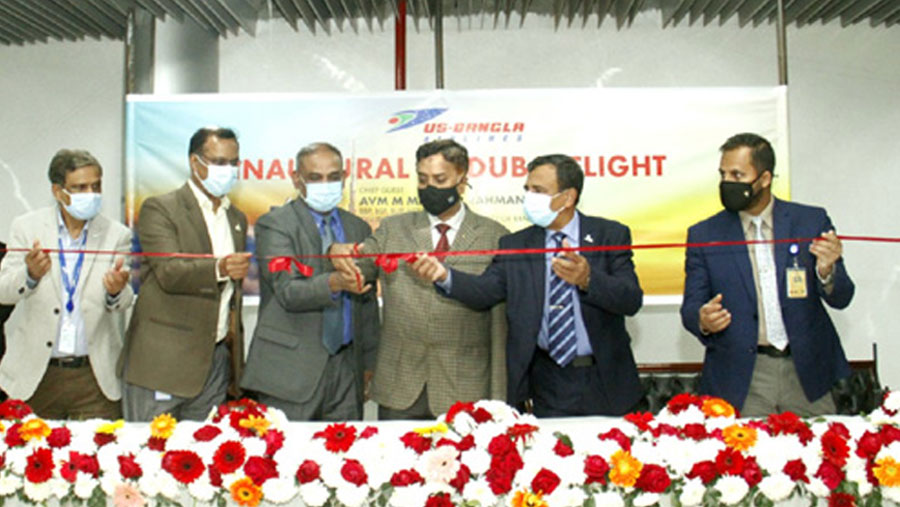 US-Bangla Airlines, the country’s largest private carrier in terms of fleet size, on Monday (Feb 1) spread its wings to Dubai as its 10th international destination.

The carrier will initially operate daily flight on Dhaka-Dubai-Dhaka route while the minimum fare for the economy class has been fixed at Tk 54,999 for one way and Tk 73,000 for round trip including all taxes and surcharges of the route.

US-Bangla Airlines plan to operate flights to various destinations in the Middle East to serve the expatriate Bangladeshis while the carrier has already decided to run flights to another United Arab Emirates (UAE) city, Abu Dhabi in addition to Dubai soon, a press release of the carrier said.

US-Bangla Airlines has a total of 13 aircraft in its fleet, including four Boeing 737-800, six brand new ATR 72-600 while the carrier has a plan to add four more new aircraft.