President Hamid for focusing on research with general education 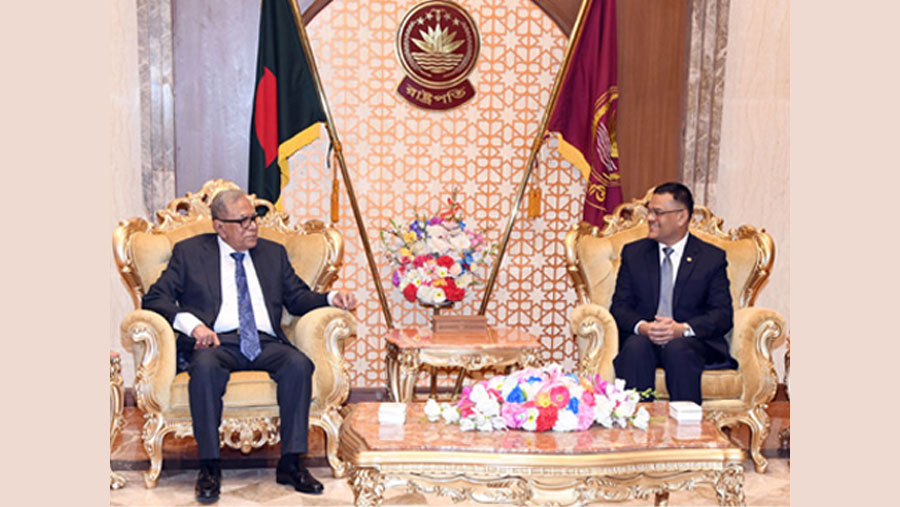 “Focus on research activities simultaneously the general education at the university” so that the students can cope with the world competition, the President said as BUP Vice-Chancellor (VC) Major General Md Moshfequr Rahman paid a courtesy call on him at Bangabhaban in the evening.

Expressing satisfaction over the overall activities of BUP, the President said the BUP has already earned a reputation for its different activities, including educational and maintaining conducive environment to learning.

Md. Abdul Hamid, also the Chancellor of the university, during the meeting, was apprised of the academic and development activities of the BUP.

The President assured the VC of providing all necessary cooperation as the VC sought the President’s cooperation and direction in running the university activities properly.

Secretaries concerned to the President were present.