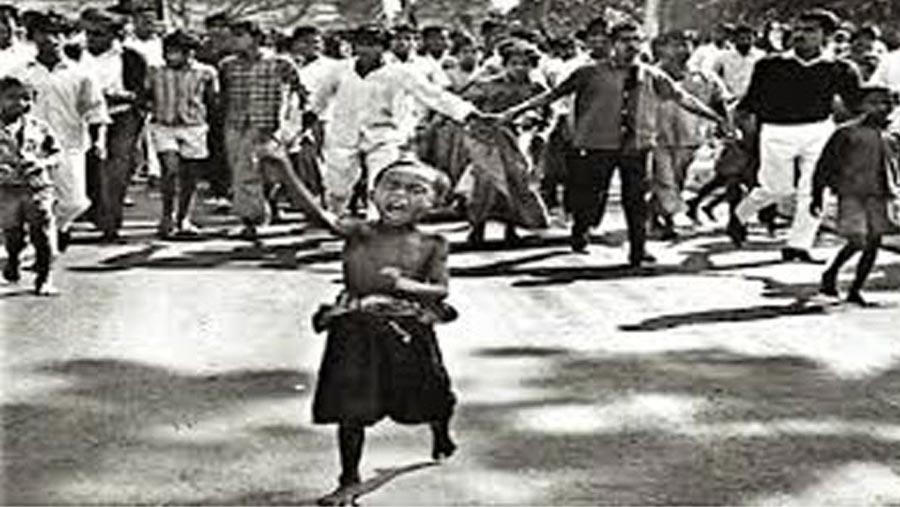 The historic Mass Upsurge Day was observed in the country on Sunday (Jan 24), commemorating the 1969’s movement for autonomy from the then East Pakistan, that eventually led to Liberation War and emergence of Bangladesh in 1971.

On Jan 24, 1969 Matiur Rahman Mallik, a standard IX student of the Nabakumar Institution, and Rustam Ali, a rickshaw-puller, were killed in police firing on demonstrators in Dhaka as the Pakistani rulers desperately tried to suppress the popular uprising.

The killings spread intense protests across the country that eventually saw the fall of the Ayub regime.

On that time, the mass upsurge compelled the autocratic Ayub regime to release the Father of the Nation Bangabandhu Sheikh Mujibur Rahman and others from jail.

It is said that the day teaches Bangladeshis the values of democracy and protest against oppression.

Later, a discussion was held at Nabakumar Institute with Lion Chitto Ranjan Das in the chair.

Earlier on Saturday, President Md. Abdul Hamid and Prime Minister Sheikh Hasina issued separate messages on the occasion, expressing profound respect for those who had embraced martyrdom in the historic movement in 1969.