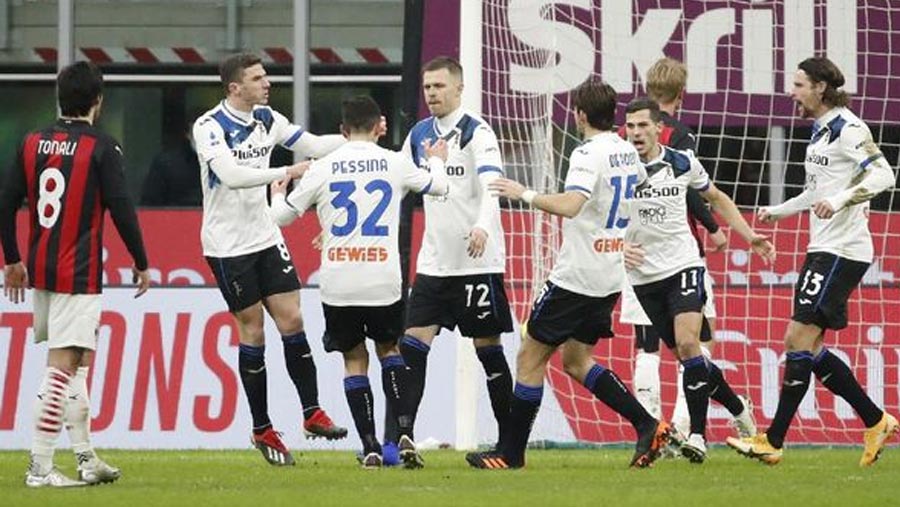 Atalanta consigned AC Milan to their second league defeat of the season with a 3-0 win at San Siro on Saturday (Jan 23).

AC Milan's lead at the top of Serie A was cut to two points after they were outplayed by Atalanta at the San Siro.

Cristian Romero headed home Robin Gosens' corner after 26 minutes before Josip Ilicic was brought down by Milan's Franck Kessie in the area midway through the second half.

Ilicic converted the penalty before Duvan Zapata added a third late on.

Inter Milan, who could have gone level at the top with a win, were held to a goalless draw at Udinese.

Atalanta, who become just the second side to beat AC Milan in Serie A this season, rise to fourth in the table.