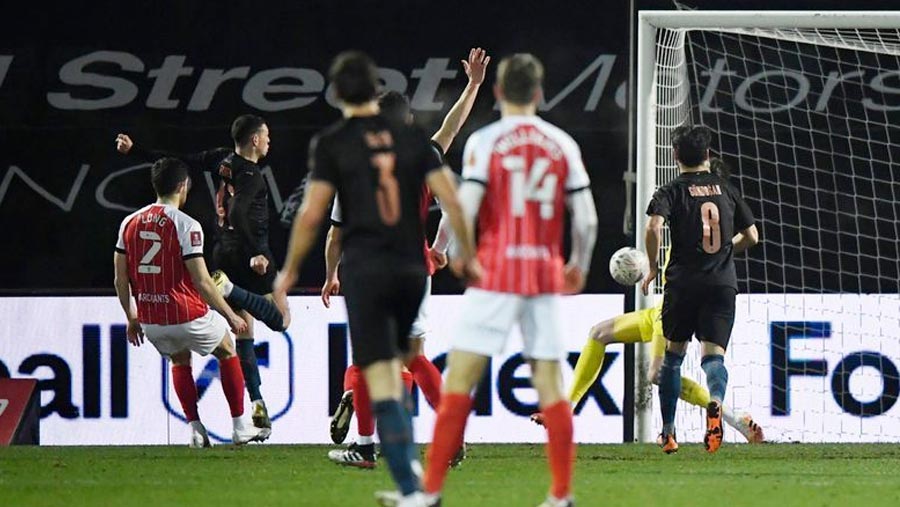 Fourth-tier Cheltenham Town came within minutes of one of the great FA Cup shocks before Manchester City scored three late goals to win an absorbing fourth-round tie 3-1 on Saturday (Jan 23).

Alfie May looked poised to write his name into the competition's folklore when he pounced to put his side ahead in the 59th minute at the Jonny-Rocks Stadium.

Cheltenham, 72 places lower than City in the standings, were holding on and edging towards a fairytale win but reality returned when Phil Foden equalised in the 81st minute.

Some say the romance of the world's oldest knockout competition has been diluted in recent times.

But this tie had everything apart from, sadly, a baying crowd because of the Covid-19 pandemic.

There were incredible goalline clearances, near misses, throw-ins launched like grenades and even a five-minute delay in the first half as fireworks exploded above the stadium.

In the end it was a relieved Pep Guardiola whose side's 10th successive win in all competitions set up a last-16 tie away to Championship high-flyers Swansea City.