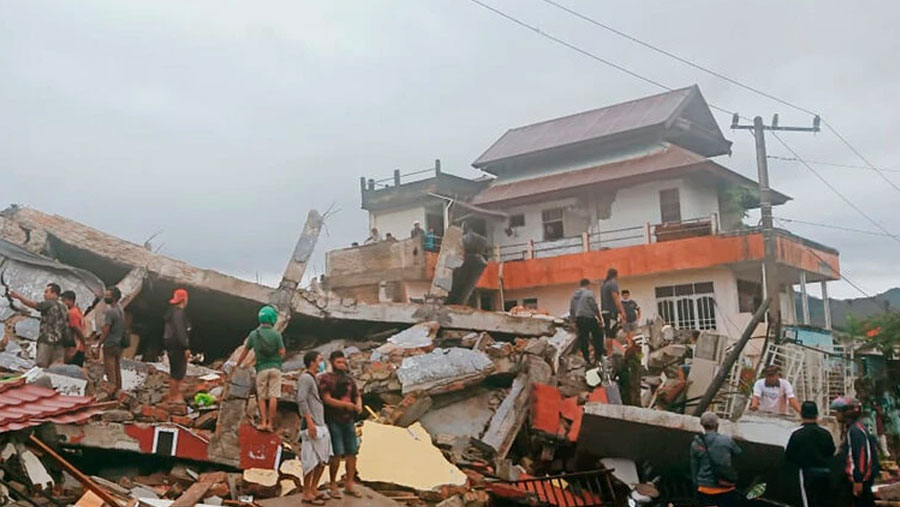 Rescuers were searching for people trapped in the rubble. More than 600 people were reported to have been injured in the quake, which struck inland between the coastal cities of Mamuju and Majene. No tsunami warning was issued.

“I’m afraid to say how many fatalities,” said Ardiansyah, an emergency response official for West Sulawesi Province, who like many Indonesians uses one name. “We are still evacuating and erecting shelters. Many people are buried under the ruins.”

Raditya Jati, spokesman for the National Disaster Mitigation Agency, said Friday evening that at least 42 people had died in the quake. Most of the fatalities occurred in Mamuju, the larger of the two coastal cities.

The earthquake capped a week of disasters for Indonesia. On Saturday, a Sriwijaya Air jet crashed into the Java Sea with 62 people aboard. And on Sunday, at least 24 people were killed in landslides on Java island.

The area hit by the quake was about 160 miles southwest of the city of Palu, where a devastating earthquake and tsunami struck in 2018, liquefying part of the city and killing thousands.

Disaster officials said they expected the number of deaths and injuries from the earthquake on Friday to grow as they received information from areas that had been cut off. At least one bridge was destroyed, roads were damaged and communications were limited. The provincial governor’s office in Mamuju was also damaged.

A video released by the Indonesian Disaster Mitigation Agency shows a girl identified only as Angel trapped in the ruins of her family’s home. Only her face is visible through a gap in the rubble. At least three others were trapped in the house with her, officials said.

In the video, she tells rescuers that she can hear the voice of another girl who is trapped nearby and cannot move.

Indonesia sits on the so-called Ring of Fire, a line of seismic and volcanic activity that circles much of the Pacific Ocean and is highly susceptible to earthquakes and tsunamis. In 2018, an earthquake on Lombok island killed hundreds, and a quake and tsunami caused by the eruption of the Anak Krakatau volcano killed hundreds more on Java and Sumatra islands.