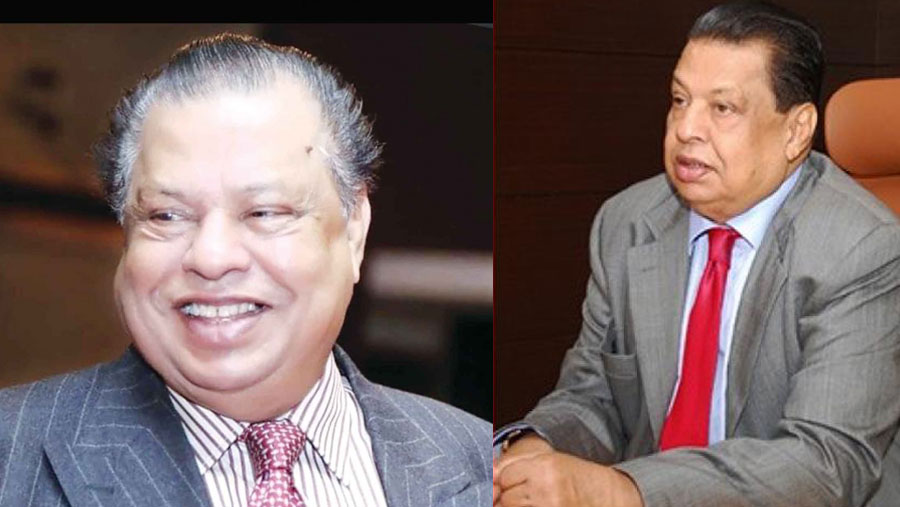 M A Hashem, eminent industrialist and founder of Partex Group, passed away early Thursday (Dec 24) from old age complications and coronavirus infection. He was 77. He had been in critical condition and was undergoing treatment at Evercare Hospital in Dhaka since Dec 16 after testing positive for Covid-19. He breathed his last at 1:20 a.m., local media reported citing his family.

Born in 1943 in Noakhali's Begumganj, Hashem started in the tobacco trading business and in the early 70s, he established M/S. Hashem Corporation (Pvt) Ltd with its headquarters in Chattogram, said Partex Group.

After independence he got involved in the import of iron, steel, cement, sugar, rice, spices, wheat, salt, milk and other essential commodities. And in 1982, he signed up for manufacturing import substitute products and started particle boards.

And he also succeeded in popularising a number of Partex products, the drinking water brand Mum being one of them.

Hashem joined politics through BNP, one of the main political parties, before the 2001 general elections and was elected MP from Noakhali-2 constituency.

In December 2016, he resigned from politics.

Partex said the heights reached by the group have been possible due to Hashem's market-friendly corporate strategy, coupled with a modern management set-up optimised on the initiative and imagination of the personnel.

Hashem envisioned the future of Partex and led the corporate world to it, in a legacy that spanned over six decades, said a press release.