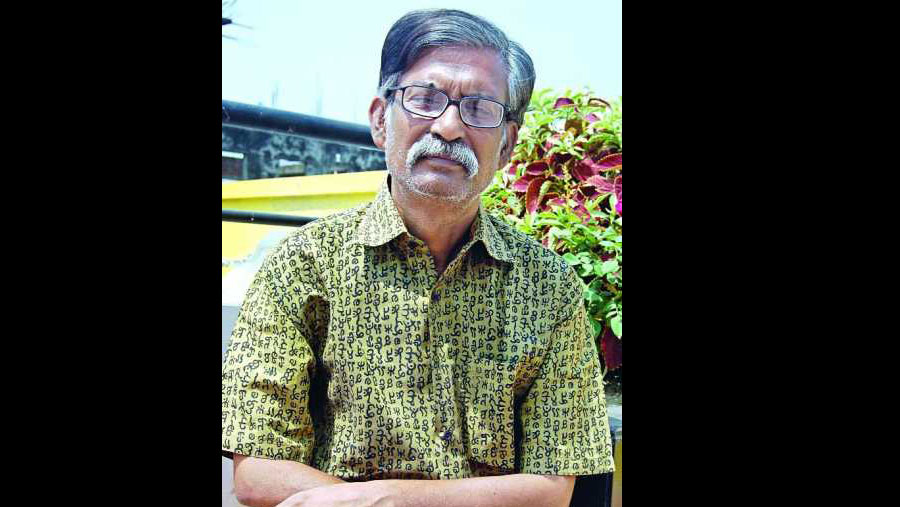 Renowned playwright and a legendary figure of the country’s street theatre practice Mannan Hira died of cardiac arrest at a city hospital on Wednesday (Dec 23) night. He breathed his last around 8:30 p.m. at a Dhaka hospital, local media reported citing Bangladesh Pothonatok Parishad.

Mannan Hira was 64. He is survived by his wife and a son.

According to sources, Hira had been suffering from cardiac related complications for years. Earlier, he was admitted to hospitals for several times and recovered.

He was doing well in the recent months but he suddenly fell ill on Wednesday night in his Dhaka residence. Immediately he was taken to the hospital where doctors declared him dead.

Mannan Hira was instrumental in mobilising the street theatre movement across the country. He was the president of Bangladesh Pothonatok Parishad.

He was also the director of country’s celebrated theatre troupe Aranyak Natyadal.

In 2014, Mannan Hira directed a film for children based on a story of the Liberation war titled ‘Ekattorer Khuidiram’, which was produced by Bangladesh Government.

President Md. Abdul Hamid and Prime Minister Sheikh Hasina expressed deep shock and sorrow at the death of Mannan Hira. The President and the PM prayed for eternal peace of the departed soul and conveyed deep sympathy to the bereaved family.