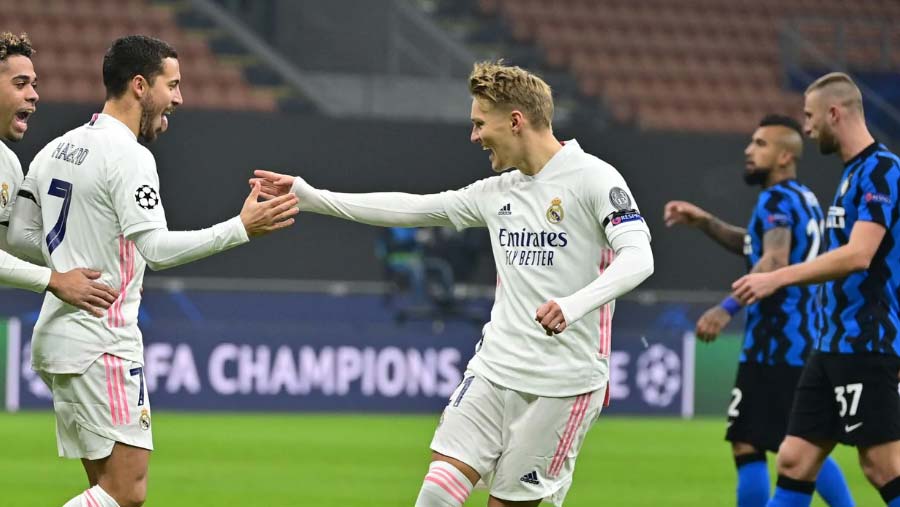 Inter Milan's hopes of reaching the knockout stages of the Champions League were dealt a huge blow as Real Madrid claimed a 2-0 victory at the San Siro on Wednesday (Nov 25).

Eden Hazard converted an early spot kick for Real, with Achraf Hakimi scoring an own goal.

Antonio Conte's side are rooted to the bottom of Group B with just two points from four games.

The win for Zinedine Zidane's men moves the thirteen-time European champions up into second place in the group, one point behind leaders Borussia Monchengladbach.

Gladbach cruised to a 4-0 victory over Shakhtar Donetsk in the earlier kick off, scoring three first-half goals to boost their hopes of qualifying top of the group.