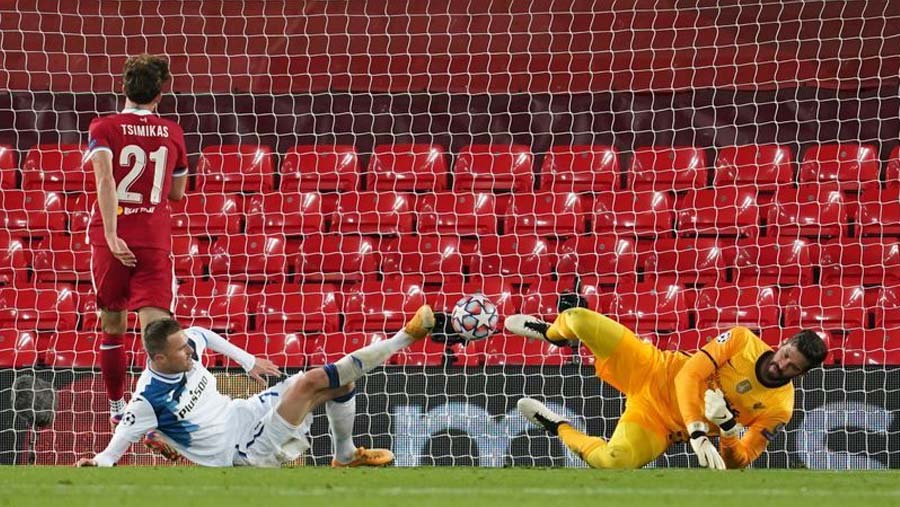 Liverpool suffered a 2-0 defeat to Atalanta at Anfield on Wednesday (Nov 25) night, wasting the chance to book their spot in the last 16 of the Champions League as a result.

A much-changed Reds side lacked fluidity and failed to have a shot on target at Anfield on Wednesday.

Josip Ilicic and Robin Gosens struck for the Serie A side midway through the second half.

Mohamed Salah, returning to the side, had fired over with the Reds' best chance in the first half.

The Italian outfit looked more likely to break the deadlock and did so when Ilicic poked beyond Alisson from Alejandro Gomez's teasing cross.

The visitors doubled their lead four minutes later when an unmarked Gosens volleyed in from Hans Hateboer's nod down.

Liverpool manager Jurgen Klopp immediately made four substitutions in a bid to get something from the game, but the changes could not prevent the Reds suffering their first home defeat inside 90 minutes since September 2018.

Klopp's side still remain top of the group and need one win from their final two games – at home to Ajax and away to Midtjylland – to qualify.