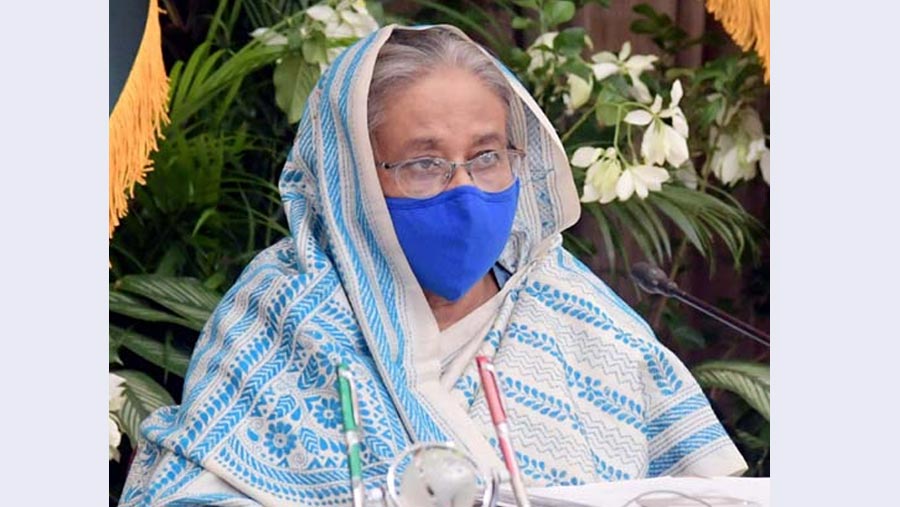 The cabinet, with Prime Minister Sheikh Hasina in the chair, on Monday (Nov 23) approved the draft of the “Bangladesh Film Artists’ Welfare Trust Act, 2020” to ensure overall welfare of the actors and actresses of country’s film industry and enhance their professional excellence.

“The law has been formulated in line with the Prime Minister’s directive to provide financial assistance to insolvent and incapable artists for their welfare and treatment as well,” cabinet secretary Khandaker Anwarul Islam told journalists at the regular post-weekly cabinet meeting at Bangladesh Secretariat’s cabinet division, local media reported.

The head of the government joined the meeting virtually from her official Ganabhaban residence while her cabinet colleagues were connected from the Bangladesh Secretariat through virtual media.

The cabinet secretary said the proposed law also suggested helping the dependents of an artist after his or her death.

Anwarul Islam said there would be a 13-member board of the trustee with the information minister as its chairman while a government-appointed managing director (MD) will act as its executive officer.

“It (trust) will be operated with a fund of its own or other sources and government allocated money from the annual budget each year,” he added.

He, however, said the film artists who will get benefit from the artiest welfare trust’ of the Cultural Ministry, will not be eligible for getting any grant from this newly proposed Bangladesh Film Artist Welfare Trust Act-2020.

The Cabinet Secretary said Monday’s meeting was also told about future plans as well as the steps undertaken by the ministry of agriculture to tackle the ongoing second wave of Covid-19 pandemic.

To tackle the affect of the lethal disease, the agriculture ministry, he said, emphasized on some other issues, including increasing agricultural production and its proper marketing, using of new technology in agricultural cultivation, ensuring affordable prices of agricultural product, proper use of the arable land even in the farmers’ yard, and all barren pieces of land of expatriates Bangladeshi with the help of local administration and cultivating new crops varieties.

Meanwhile the cabinet was informed about the steps taken by the Ministry of Disaster Management and Relief during the global epidemic.

The cabinet was also informed about latest update of the foreign aid, cabinet secretary mentioned.

Meanwhile, in unscheduled discussion, the issue on government’s steps taken at all levels to deal with Covid-19 and using of masks came up for discussion in the cabinet, Anwarul Islam told media.

The PM directed all concerned to handle the matter amicably with giving more motivation and hinted of increasing the amount of mobile court fines for not using masks at gathering or outside the residence, the cabinet secretary added.