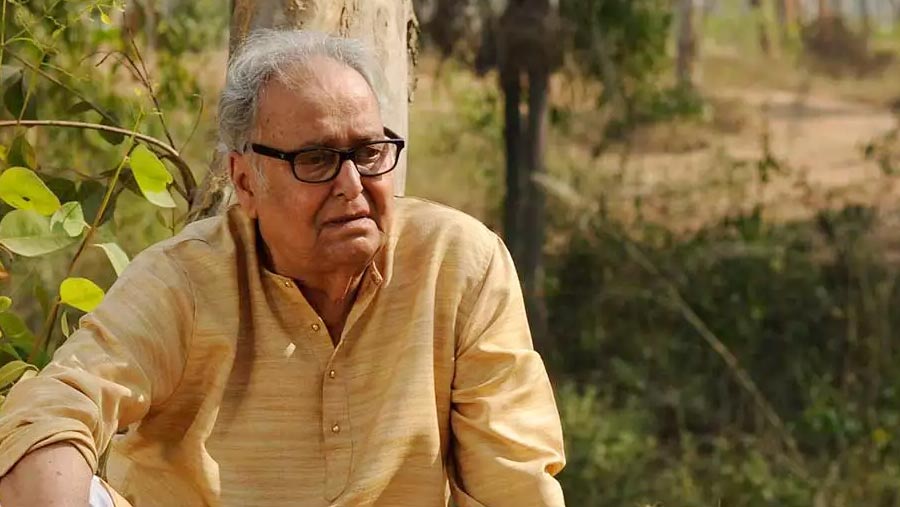 Soumitra Chatterjee, one of India's most celebrated actors, died at a private hospital in the eastern Indian city of Kolkata on Sunday. He was 85.

"We declare with heavy heart that Shri Soumitra Chattopadhyay breathed his last at 12.15 p.m. (IST) at Belle Vue Clinic today (Nov 15). We pay our homage to his soul,"  the hospital said in an official statement, Indian media reported.

Soumitra had been undergoing treatment at the hospital since Oct 6 after testing positive for coronavirus a day before. Though his condition initially improved after receiving plasma therapy, it started worsening as days passed.

Soumitra was the favourite of India's Oscar-winning filmmaker Satyajit Ray. He made his debut with Ray's Apur Shangshar (Apu's Family) in 1959. He went on to act in 14 more of Ray's films, including masterpieces like Devi, Charulata, Ghare Bairey and Feluda, the detective.

"Satyajit Ray made me what I am today. Had the director not been a great artist like Satyajit Ray, I wouldn't have been able to perform so well," Soumitra had said in an interview.

Soumitra got India's top film honour, Dadasaheb Phalke Award, in 2012. He also won three National Awards and the Legion of Honour by France, the European country's top civilian award. In 1989, Satyajit Ray got the same award.

He will be mourned by fans and critics who avidly followed his six-decade-long career in Bangla language films.

Soumitra, who starred in more than 300 movies, was also an accomplished playwright, theatre actor and poet.

One of his most successful plays, Ghatak Bidey, a comedy, ran for 500 nights. Soumitra acted in a commercially successful Bengali adaption of King Lear, which many believe was one of his finest performances on stage.

For all his popularity, Soumitra stayed away from Bollywood, preferring to act in Bangla language films.

In 2001, he had turned down a state award for best actor to protest against what he called the "bias" of the awards committee.

In a message of condolence, the premier said, “A huge vacuum has been created in the acting arena at the death of the talented actor.”

“Soumitra Chattopadhyay will remain alive in the hearts of people through his creative works,” she added.

The PM prayed for eternal salvation of the departed soul and conveyed deep sympathy to the bereaved family.