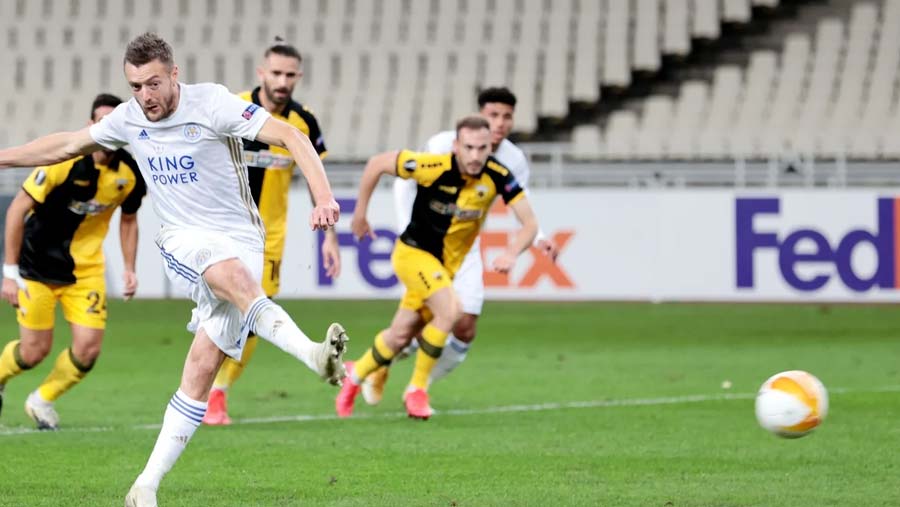 Jamie Vardy became Leicester City's oldest European goalscorer as they beat AEK Athens to make it two wins from two in the Europa League. The 33-year-old gave them the lead from a penalty after he was fouled by keeper Panagiotis Tsintotas.

The Foxes looked comfortable when Hamza Choudhury doubled the advantage with a smart finish. But Muamer Tankovic gave AEK hope after ghosting in behind the Foxes defence moments after coming off the bench.

Cengiz Under, on his first start for Leicester, almost restored the two-goal lead but his curling effort hit the woodwork.

In the end they would not need another goal.

Foxes boss Brendan Rodgers revealed before the game that defenders Jonny Evans and Timothy Castagne are injured, with the latter likely to be out until after the November international break.