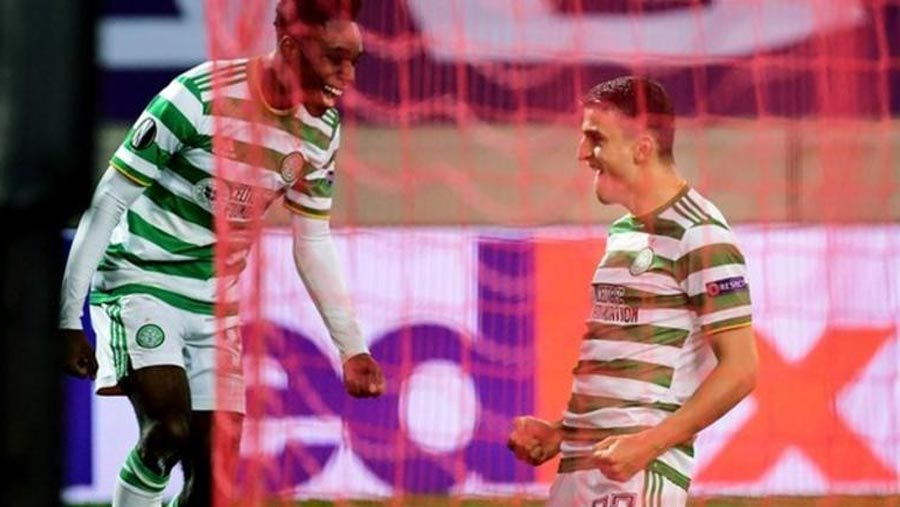 Celtic's 2-2 draw with Lille in the Europa League on Thursday (Oct 29) extended the Scottish champions' winless run to four games in all competitions.

Celtic's winless run extended to four games as they let slip a two-goal half-time lead in an engrossing Europa League stalemate in Lille.

But the French side roared back with goals from Zeki Celik and Jonathan Ikone to stay unbeaten this season.

Celtic hung on amid heavy pressure for their first point in Group H.

AC Milan top the group after following up victory at Celtic Park with a 3-0 home win over Sparta Prague.