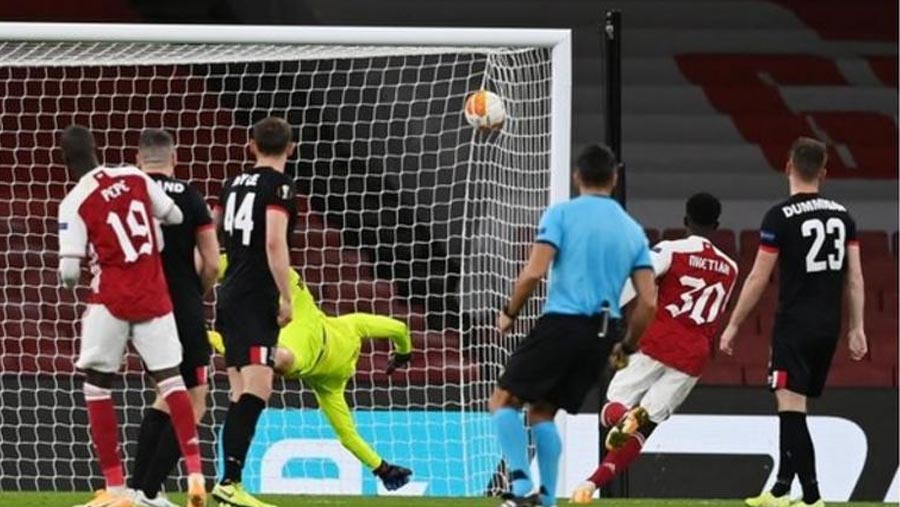 A flurry of goals either side of halftime from Eddie Nketiah, Joe Willock and Nicolas Pepe gave Arsenal a comfortable 3-0 Europa League win over Irish side Dundalk on Thursday (Oct 29) that puts them top of their group after two games.

Eddie Nketiah pounced from close range to give the Gunners the lead and Joe Willock blasted a shot into the roof of the net 125 seconds later.

Nicolas Pepe's brilliant effort from the edge of the box seconds after the restart killed the game off.

They cruised after that but could not add a fourth against the Irish side.

Arsenal – who had never faced a side from the Republic of Ireland before – have now won both their opening Europa League games, while Dundalk have lost both of theirs.

Dundalk made a bit of history as the first team in the 10 years of the Europa League not to commit a single foul in a game.