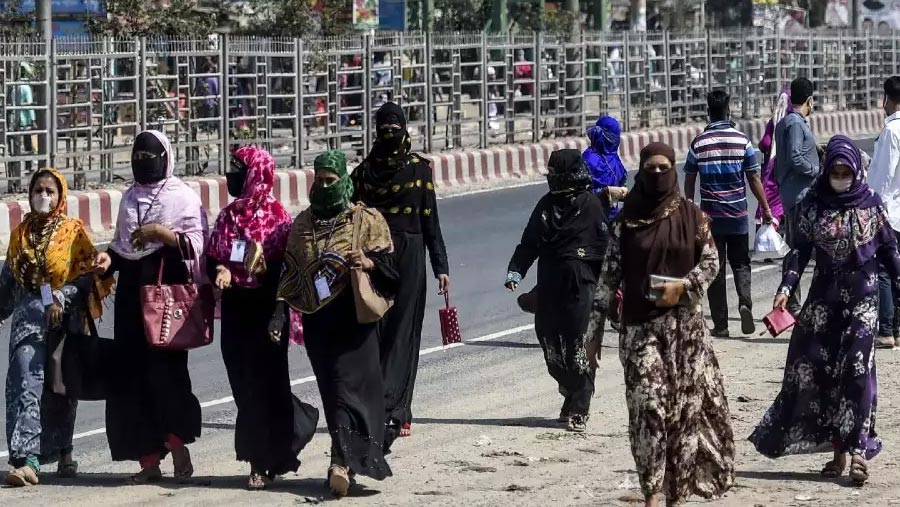 Bangladesh today recorded 25 novel coronavirus (Covid-19) deaths and 1,681 fresh cases overnight. The recovery count rose to 3,21,281 after another 1,548 patients were discharged from the hospitals during the period, a press release of the Directorate General of Health Services (DGHS) said today.

25 more Covid-19 patients died in the last 24 hours, increasing the death toll from the pandemic to 5,886, the release said.

A total of 14,268 samples were tested at 112 authorized laboratories across the country during the time.

Of the total sample tests in the past 24 hours, 11.78 percent tested positive, while 17.52 percent cases were detected from the total tests conducted so far, the release added.

Among the total infections, 79.38 percent patients have recovered, while 1.45 percent died so far since the first Covid-19 positive cases were reported in the country on Mar 8.

According to the division-wise data, 15 deaths took place in Dhaka division and rests are in other divisions.

Among the total 5,886 deaths, 3,053 deaths occurred in Dhaka division, 1,169 in Chattogram division, 370 in Rajshahi division, 466 in Khulna division, 199 in Barishal division, 245 in Sylhet division, 262 in Rangpur division and 122 in Mymensingh division, according to the press release.

A total of 23,10,589 samples have so far been tested since the detection of the first Covid-19 cases in the country.

The global confirmed cases surpassed 44 million on Thursday, according to the latest tally from Johns Hopkins University (JHU).

The U.S. has registered over 227,663 deaths and more than 8.8 million infections – the highest in the world.

Brazil, which has the world's second-highest Covid-19 death toll and the third-largest number of cases, has registered 5,468,270 cases with 158,456 deaths as of Thursday.

Meanwhile, a massive second wave of Covid-19 infections has prompted European countries to tighten their preventive measures, including reimposing lockdowns, to stem the spread of the coronavirus.