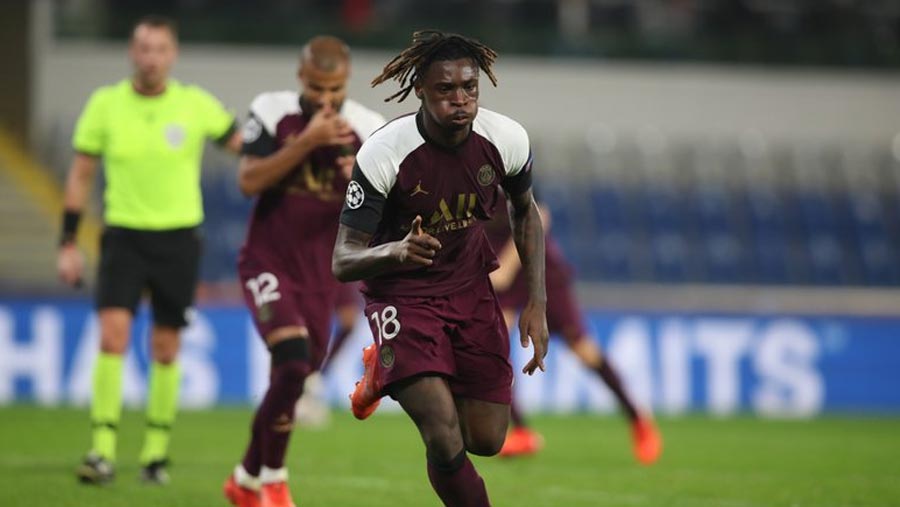 New signing Moise Kean scored twice as Paris Saint-Germain (PSG) beat Basaksehir 2-0 in the Champions League on Wednesday (Oct 28) but lost Neymar to an injury. Neymar limped off with an apparent left hamstring injury after 26 minutes and was replaced by winger Pablo Sarabia.

Kean opened the scoring in the Group H encounter in the 64th minute, heading home unmarked from an Mbappe corner from the left.

The 20-year-old Kean, on loan at PSG from Premier League Everton, got their second in the 79th minute, firing a left-footed shot into the net after controlling a pass from Mbappe.

"Towards the end of the first half we suffered. But we played a good game and held out until the end," Kean said.

PSG suffered an injury blow as forward Neymar was forced off in the 26th minute due to a thigh problem and was replaced by Pablo Sarabia.

PSG had struggled to create chances in a tight first half and needed their keeper Keylor Navas to save a rasping shot from Edin Visca in the 57th minute to stay on level terms.

Visca had another attempt a minute later blocked by Sarabia at point-blank range.

The Turkish champions, who are competing in the Champions League group stage for the first time, are without a point after two games having lost 2-0 to RB Leipzig in their opener.